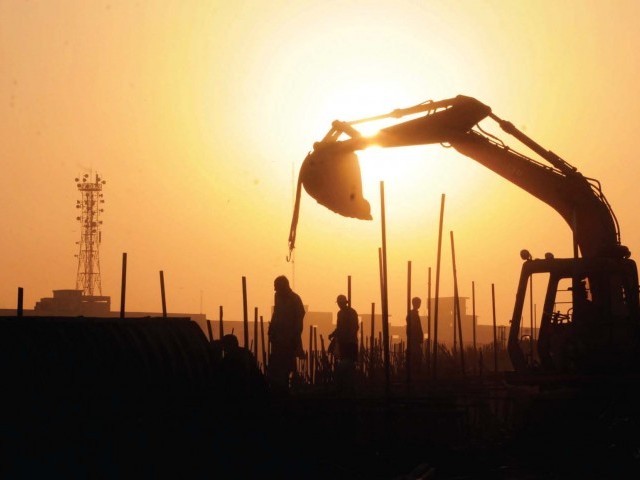 ISLAMABAD.: The Pakistan Tehreek-e-Insaf (PTI) government is weighing the option of allowing builders and developers to invest in construction projects without questioning the source of equity.

The initiative definitely help an ailing construction sector though, also raises concerns that black money may find its way into the sector.

The government has also finalised a proposal to cut tax liabilities of builders and developers by 90% on income earned from low-cost housing schemes under the umbrella of Naya Pakistan Housing Authority.

The Federal Board of Revenue (FBR) has planned to offer major concessions to builders and developers on account of source of equity investment, exemption from income tax computer ballot audit and exemption from production of record, according to draft rules that the FBR may unveil soon.

The rules will be called “Builders and Developers Special Procedures Rules 2019”, according to the draft rules seen by The Express Tribune.

The FBR plans to issue rules under Section 99C of the Income Tax Ordinance of 2001 that authorises it to notify “special procedure for certain persons”.

However, the FBR is going to amend certain sections of the Income Tax Ordinance that deal with unexplained income, computer ballot audit and production of record through specialised regime.

The basic idea behind Section 99C was to simplify income tax regime for certain businesses and group.

The source of self-invested equity for any earlier year shall be accepted, according to draft Rule 11(1). This is a major concession that the PTI government is going to offer to the construction sector aimed at creating a window for investment.

In view of the government’s drive against benami assets and money laundering, the informal and formal sectors have withheld their investment plans that have significantly impacted the job market.

The Mutual Evaluation of Pakistan by the Asia Pacific Group (APG) and implementation of the Financial Action Task Force’s (FATF) Action Plan to exit the grey list has also led to extraordinary scrutiny of businesses.

The government has thus planned to give major concessions to the construction sector. However, this may raise questions about the effectiveness of tax laws as the government had also promised to initiate crackdown against those holding ‘black money’ after the expiry of the Tax Amnesty Scheme on July 3.

FBR’s spokesman Dr Hamid Atiq Sarwar did not comment on the question of implications of the proposed concessions for the Anti-Money Laundering and Combating of Finance of Terrorism.

Before implementing the special rules, the FBR will put the draft of the rules on its website to invite comments of the stakeholders within two weeks.

According to the draft rules, “Income computed and tax payable thereon shall be on project-by-project basis under the head of income from business of the builders and developers. The project’s estimated life will be three years but in case the completion period exceeds three year the board will approve the extension, according to draft rule 2 (b).”

The builders and developers availing the special scheme will not be entitled to claim any adjustment of withholding taxes. In case, the builder or developer is a company, income subject to these rules would be treated as a separate class of income.

The government also plans to allow those builders and developers to avail the special scheme who have national tax numbers (NTN) but are not filing their annual reruns for the last five years.

The builders and developers will be allowed to submit their returns at any field formation of the FBR.

However, the builders and the developers would be required to provide FBR a certificate obtained from NESPAK about the covered area of the project, clarification about the nature of the construction, in case the project is having above 5,000 square feet covered area.

The FBR plans to bar its officers to visit the project sites for verification purposes, except in case the permission is granted by the FBR headquarter, according to draft rules.

“NO action under this Rule will be undertaken prior to the approval of a Committee constituted by the FBR consisting of three persons including a representative body of the builders or developers, including actions on account of any definite information as laid down under sub-section 8 of section 122 of the Ordinance”.

This would bar the FBR officers would be restrained from taking any action against the builders and developers despite having solid information of tax evasion by them.

In case of dispute on the tax liability, the tax matter would be referred to a dispute resolution committee and ironically, the decision of the committee would be binding on the FBR but not on the taxpayer.

In case of disagreement, the taxpayer can file an appeal before Commissioner Inland Revenue by paying 25% of the disputed amount.

The FBR has not changed the tax rates of the builders and developers, except low-cost housing.

Historically, tax contributions from builders and land developers have not matched their investments and profit accruing from the construction sector.

NayaPay gets SBP in-principle approval to operate as EMI