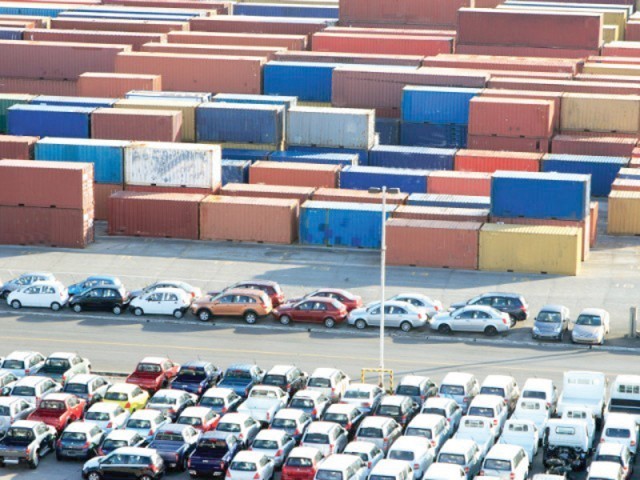 KARACHI: The recently released figures by the Pakistan Bureau of Statistics (PBS) on the trade and current account deficits show a substantial decline. However, this is due to low economic growth rather than an increase in export value.

According to the State Bank of Pakistan (SBP), the real GDP growth in FY19 was 3.3%, compared to 5.5% in FY18. The index on the production of selected large-scale manufacturing items, as reported by SBP, suggests a decline in industrial activities across Pakistan. The overall growth is -3.28% during July FY20, compared to 0.69% during July FY19. The import-dependent industries have experienced significant decline. The production in coke and petroleum industry decreased by 25.12%, pharmaceuticals declined by 12.14%, chemicals declined by 5.94% and automobiles declined 27.4%.

Further, according to the third quarterly report published by the SBP, the agriculture sector and the services sector have also reported a decline in their growth rates. The agriculture sector reported a growth of meagre 0.8% in FY19 compared to 3.9% in FY18, while the services sector reported a growth rate of 4.7% in FY19, down from 6.2% in FY18. The industry sector grew at 1.4% in FY19 against a target of 7.6% set in the Annual Plan 2018-19.

In the first two months of FY20, imports of electrical machinery and apparatus has increased by more than 20% over the amount reported for the same time period in FY19. Imports of textile machinery increased 17.3%. There is also an increase in the imports of telecommunication equipment.

On the other hand, within the transportation group, there has been a significant decline in the imports of completely built-up units as well as of completely knocked down units and parts and accessories in the first two months of FY20 compared to the same time period in FY19. Similarly, there has been a decline in the imports of inputs used in textile production, in particular raw cotton.

Exports increased only slightly in the first two months of FY20 as compared to the figures reported for the same time period in FY19.

Though certain quarters are celebrating the increase in export volumes, it is the dollar value that matters as it is associated with accumulation of foreign reserves.

Imports have decreased and may have provided some relief in terms of lowering the current account deficit, the reduction in the deficit can only be sustainable in the longer run if efforts are made to increase exports. It is interesting to note that the imports of electrical machinery and apparatus as well as textile machinery have increased, as reported by PBS, even though imports of other commodities have declined.

This revival can indicate some level of balancing, modernising and restructuring (BMR) within industries that can eventually help boost production and ultimately exports. According to data extracted from ITC’s Trademap.org, the imports of machinery and electrical appliances had decreased from $11.6 billion in 2017 to $10.5 billion in 2018. Imports of textile machinery had also decreased from $497 million to $414 million.

It will be crucial to observe the pattern over the next few months and determine if the increase in imports of productive machinery and appliances results in a revival of industrial production in Pakistan.

Although, exports have performed rather poorly during the last five years, the textile exports to the European Union have increased by more than $1 billion between 2015 and 2018. Even though the GSP Plus award failed to help diversify the export base of Pakistan to the EU, it did increase exports in articles of clothing and finished textile products. Certain textile products were able to gain a foothold in the European market as their values increased. In essence, increasing exports of higher value added goods is essential, even within the textile industry, such that they reduce their susceptibility to price shocks.