Policymakers fail to interact with citizens

Policymakers fail to interact with citizens 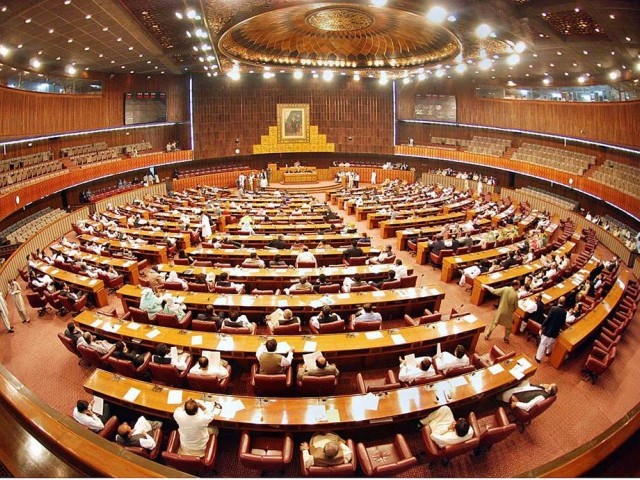 ISLAMABAD: There is a resurgence of debate on designing evidence-based policies for economic and social prosperity of human society.

However, many questions remain unanswered, such as what constitutes sufficient evidence and how do policymakers use – or do not use – evidence for decision-making? Most importantly, it is not clear whether policy evidence or strong demand from people is more important for sound policymaking.

Academics and policy practitioners often highlight the lack of evidence-based policy as one of the reasons hindering economic and social prosperity in Pakistan and other developing countries. However, I believe the key to sound and people-centric policymaking is social activism (ie strong and organised demand by people), not just evidence per se.

Bearing in mind that activism is politically or ideologically motivated, an active citizenship model needs civic mindedness to prop it up and give it roots.

Most politicians and bureaucrats do whatever they have already decided and retrofit evidence to legitimise their decisions. This happens everywhere.

For example, decisions on minimum wage and taxation in the US are often based on ideological preferences and aspirations of the people in power. The choice of evidence presented for the preferred policy option is a function of the power dynamics.

In Pakistan, it is evident that reform is needed in the education system, civil services, state-owned enterprises, export competitiveness, energy sector and taxation system, to name a few. Numerous research studies have also suggested the need for reform in these areas. Then, what stops the policymakers?

These policymakers work behind closed doors with limited or no interaction with researchers and citizens. Perhaps, another issue in Pakistan is that elected parliamentarians have abdicated their policymaking role to pursue municipal-level development functions within their constituencies.

Parliamentarians should ideally be the ones shaping the citizens’ aspirations into policies. Come election time, they should be held accountable for their policy contribution and policy support.

At present, there is a lack of dialogue and no clarity on how to undertake these reforms. British colonists did not leave this continent based on research, they left this region due to strong resistance and demand for freedom by the people.

Europe’s renaissance was the result of learning and rights-based movements at the grassroots level. Similarly, the social security system of Europe would not have taken the current route, had there been no French revolution.

There is a need to organise social movements at the grassroots level that can assert the citizenship and negotiate better governance and service delivery. For that, the first step is to drop the unique Pakistani privilege of ‘knowing someone’ and therefore not having any ‘skin in the game’. It does not matter if there is no reform if you know someone who can get your work done. This is unique Pakistani privilege that trumps civic-mindedness. Whether we know a clerk or a head of a government department, it comforts us into believing that we are protected from government policy, which is for other people. Who will then agitate for policy change? Where is the constituency for reform?

He further noted: “It seems that the human mind strives to reach enduring understanding of events by forming them into a narrative that is embedded in social interactions.”

What happens when researchers don’t consider the narratives embedded in social interactions? They tend to focus less on the design of reforms. Most of the research then ends up being lazy research, generating more and more evidence about the same, eg the need for reform.

What we are terming lazy research was explained by economist Arun Shourie in the Indian context in an article published in 1975 in the Economic & Political Weekly about how irrelevant topics are chosen by economists: “…because of the compulsion to quantify, the variables which are not readily quantifiable are usually omitted”.

Shourie believes, “We should abandon our preoccupation with the policymakers and should address ourselves to the people. In particular, instead of drafting and redrafting documents for our policymakers, we should educate the people about the true character of economic policies, the true causes of the present state of affairs. We must refuse to play the role of legitimisers.”

Citizens need to engage with policies. Researchers need to weave a narrative for people-centric policymaking. Politicians need to claim their policy space and open up their constituency offices for discussions on core policy. Bureaucrats need to work on policy in tandem with politicians and researchers.

Citizens’ engagement platforms should proliferate such as open town hall-style meetings in public places on white papers produced before sanctioning the policy. All of us together need to be civic-minded and create communities, citizenship and state, which is informed, caring and responsible for preparing social and economic policy.