Radical elements: The Land of Sufis faces a new threat

Radical elements: The Land of Sufis faces a new threat 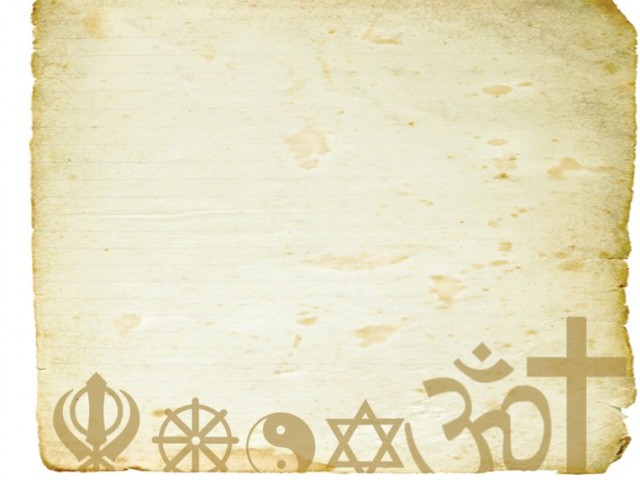 KARACHI: Throughout history, Sindh has been a melting pot of different cultures, religions and civilisations, symbolising peace and coexistence. Recently, however, the province has seen a rise in religious extremism which has jolted peace and religious harmony to create a divide between Muslims and the Hindu minority.

At the same time, a vibrant civil society still exists in the province that strongly supports religious harmony and is continuously working to combat radical elements.

The recent incident that took place in Ghotki presents both the pictures – of extremism as well as of tolerance. On September 15, 2019, riots emerged in the city after an angry mob attacked a school and desecrated a Hindu temple in the area over accusations of blasphemy against the school principal, who belongs to the Hindu community.

According to eyewitnesses and media reports, houses of Hindu families were also attacked and the mob also blocked off roads throughout the city. Before the police could intervene, the situation had spun out of control and news also spread to other parts of the province.

The civil society, comprising a Muslim majority, quickly made its appearance in public with the message of peace. Civil society members even reached the targeted temple and guarded it. Local religious and political parties also followed suit and condemned the act of vandalism by the angry mob.

Speaking to The Express Tribune, senior journalist Riaz Suhail said that extremism is rising in Sindh and everyone must be able to admit the ground realities instead of brushing things under the rug.

“Unfortunately, no part of the province is safe from religious extremism. Hindu and Muslim harmony has remained dominated in Sindh because of strong Sindhi nationalism for a long period. But now a line has been drawn between both the communities because of radical ideas,” he said.

Even though the situation in Ghotki was diffused to a considerable extent, thanks to the efforts of the media and civil society, the rise of extremism in Sindh is still a threat that cannot simply be ignored.

Sources say that religious extremism has penetrated the province to such an extent that radical organisations, that were previously banned, openly operate in different cities across Sindh. For many years, the police and security agencies have been arresting members of different banned organisations but extremism continues to grow.

In the past, several locals were arrested after the suicide attack at the Qalandar Shahbaz’s shrine, blasts in Shikarpur as well as in other parts of Sindh. Incidents of damaging properties of the local Hindu community have occurred in different areas of the province in the past too, meanwhile, certain factions in some villages and localities of Sujawal, Khairpur, Shahdadkot and Jacobabad districts made watching TV and listening to music forbidden for everyone.

Suhail said that the spread of unregulated madrassas (religious seminaries) in the province is one of the major causes of religious extremism.

“Thousands of students attend these seminaries. After graduating, they spread a particular religious narrative in the society that naturally affects the mindset of our people,” he added.

He said that the enrollment of children in religious seminaries has considerably increased in Sindh after the heavy floods of 2010. Districts like Ghotki, Jacobabad, Kashmore, Dadu and Thatta were among the worst-affected areas after the floods, during which a lot of government schools and their infrastructure collapsed.

“The floods further pushed the affected families into poverty, therefore, they sent their children to study at madrassas which had rapidly sprouted across the province as private schooling was not affordable and government schools took a long time to be rebuilt,” he explained.

According to the federal government’s National Counter Extremism Policy Guidelines, Sindh has the second-highest number of religious seminaries in the country. The figures state that the total number of madrassas in the country is over 30,000, out of which some 13,798 religious seminaries are established in Punjab, while Sindh has 10,003 of them. There are 3,028 madrassas Khyber Pakhtunkhwa (K-P), 551 in merged districts, and 2,959 in Balochistan.

As against Riaz Suhail’s admission about rising extremism in Sindh, a local religious scholar Hafiz Muhammad Siddiq rejected the notion. Instead, he blamed civil society activists for “unnecessarily exaggerating” the presence of religious extremism in Sindh, adding that the number of forced religious conversions and marriages of Hindu girls to Muslims have been blown out of proportion.

“The public, including religious parties, gathered at the temple in Ghotki soon after the recent incident so that peace could be restored. Was it not our traditional religious harmony?” He questioned.

The recent rise in the incidents of extremism and violence in Sindh cannot be discussed without mentioning the name of a political figure, Mian Abdul Haq – commonly known as Mian Mithu – who has played a big role in fueling extremist elements in Ghotki.

Mian Mithu had been elected as a member of the National Assembly from Ghotki in the general elections of 2008 on a Pakistan Peoples Party (PPP) ticket. He is also the custodian of a Muslim shrine, Bharchundi Sharif.

He became notorious in the province in 2012 after a Hindu girl named Rinkle Kumari was converted to Islam and married to a Muslim. According to the Hindu community of Ghotki, Mian Mithu allegedly provides protection to Muslim men who abduct Hindu girls – often minors. He is accused of forcibly converting young Hindu girls to Islam and marrying them off to their kidnappers.

Shedding light on the matter, Allah Warayo Bozdar, a journalist form Ghotki said that political influence has played a major role in the rise of religious extremism in the province, as those in power often incite people’s religious sentiments for political point-scoring.

He added that Pir Mian Mithu is a popular figure among devotees at the shrine, as a result of which he secured around 90,000 votes in 2018 General Elections on a National Assembly seat as an independent candidate.