In swipe at Trump: Tariffs can plunge world into recession: China

In swipe at Trump: Tariffs can plunge world into recession: China 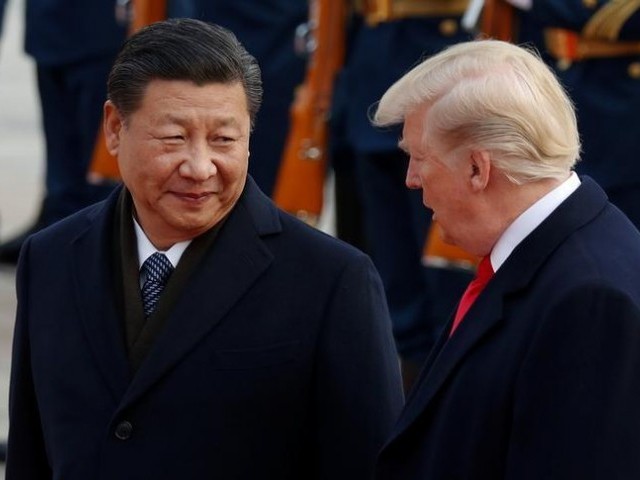 NEW YORK: The Chinese government’s top diplomat said that tariffs and trade disputes could plunge the world into recession and Beijing was committed to resolving them in a “calm, rational and cooperative manner.”

In a blunt speech to the annual United Nations General Assembly on Friday, State Councillor and Foreign Minister Wang Yi said “Erecting walls will not resolve global challenges, and blaming others for one’s own problems does not work. The lessons of the Great Depression should not be forgotten.”

Taking a clear swipe at US President Donald Trump, who started a damaging trade war on China nearly 15 months ago, Wang added, without naming the US leader, “Tariffs and provocation of trade disputes, which upset global industrial and supply chains, serve to undermine the multilateral trade regime and global economic and trade order.

“They may even plunge the world into recession.”

In successive rounds of tit-for-tat tariffs, the United States and China have levied punitive duties on hundreds of billions of dollars of each other’s goods, roiling financial markets and threatening global growth.

A new round of high-level talks between the world’s two largest economies is expected in Washington in the first half of October.

Wang’s remarks, unusually pointed for a Chinese diplomat, coincided with word that the Trump administration is considering radical new financial pressure tactics on Beijing, including the possibility of delisting Chinese companies from US stock exchanges.

Sources told Reuters on Friday that the move would be part of a broader effort to limit US investments into Chinese companies, in part because of growing security concerns about their activities.

News of the potential restrictions on portfolio investments restrictions sent US stocks and oil prices lower on Friday on fears that US-China trade tensions would again escalate. An increase in US tariffs to 30% from 25% on $250 billion in Chinese imports is scheduled for October 15 if no progress is made before then.

US and Chinese rhetoric on trade this week had seesawed between harsher and more conciliatory, with Trump issuing a sharp rebuke of China’s trade practices and state-led development model in his speech before the General Assembly on Tuesday, adding that he would not accept a “bad deal.”

On the same day, Wang warned the United States not to interfere with China’s sovereignty. But on Thursday he said China was willing to consider increased purchases of farm products and predicted that talks would lead to a resolution if both sides took more steps to improve goodwill.

Trump said on Wednesday a trade deal with China could come sooner than people think, and praised the Chinese purchases.