Offici­al says initia­l restor­ation work will be comple­ted over the span of a month
By Asif Mehmood
Published: September 29, 2019
Tweet Email 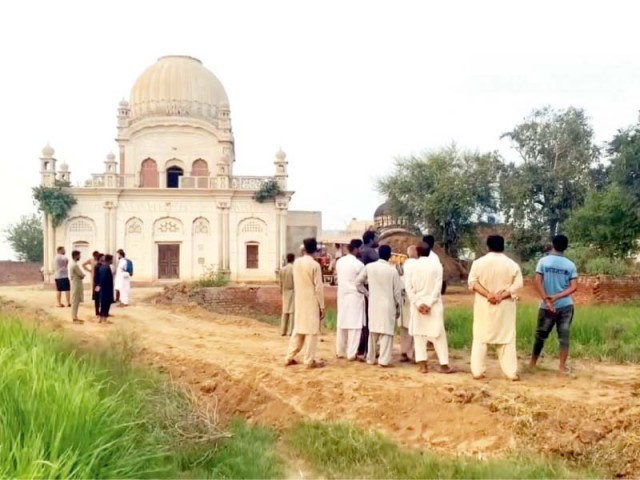 The land surrounding the Gurdwara has been evacuated and work on the boundary wall surrounding it has begun. PHOTOS: EXPRESS

LAHORE: Restoration and renovation work on an ancient Sikh temple in Nowshera Virkan tehsil has begun. Gurdwara Khara Shahib is attributed to Guru Hargobind Ji, the sixth guru of Sikhism.

The temple remained sealed for the past 72 years and was handed over to the Sikh community in July.

In an effort to restore the Sikh temple, the land surrounding the Gurdwara has been evacuated and construction work on the boundary wall surrounding it has begun.

Punjab Sikh Sangat (PSS) Chairman Sardar Gopal Singh Chawla stated that initial restoration work will be completed over the span of a month. He maintained that all possible efforts are being made so that Sikh pilgrims, visiting the country in November for the 550th birthday celebrations of Guru Nanak Dev Ji, are able to visit the temple, if allowed by the government. 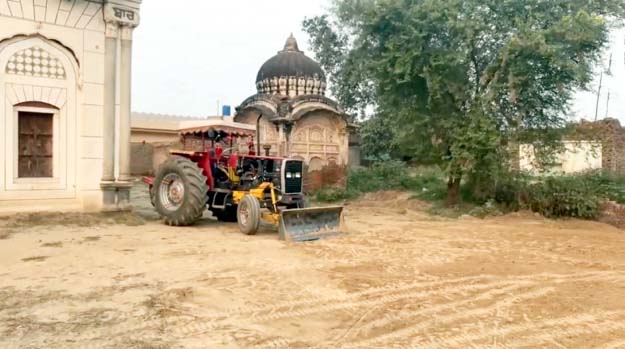 Reportedly, there are several acres of agricultural land adjacent to the temple where locals have been cultivating crops for the past few years. However, the farmers have now returned the land to the temple.

According to PSS, a large public park will be built instead which will allow visitors of all faiths without any discrimination.

Evacuee Trust Property Board (ETPB) Shrines Deputy Secretary Imran Gondal said that ETPB, the Pakistan Sikh Gurdwara Parbandhak Committee (PSGPC) and other Sikh organisations are collectively carrying out renovation work on the temple. He stated that the temple will be open for worshippers in October.

Speaking to The Express Tribune, Mohammad Shafi, an elderly man living in close proximity to the temple, stated that he was elated to hear about the development.

He maintained that such a move would also bring about a positive change in the area. “Opening the temple will provide us with an opportunity to host Sikh pilgrims from around the world and will bring prosperity to the village,” he said.