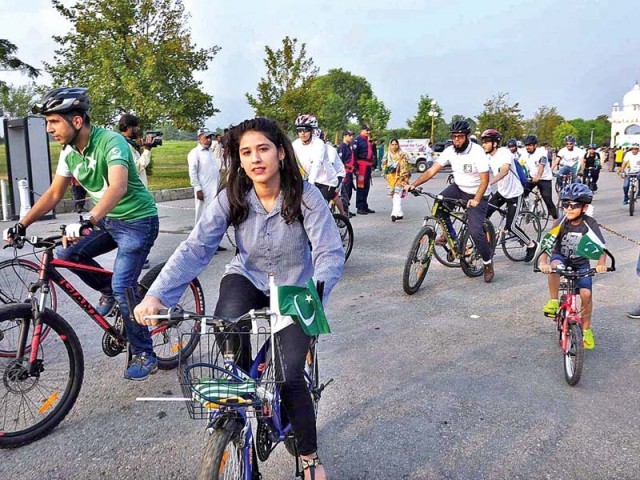 ISLAMABAD: Special Assistant to Prime Minister on Information and Broadcasting Dr Firdous Ashiq Awan Friday said the government, under the visionary leadership of Prime Minister Imran Khan, was taking various measures to revive the tourism industry and highlight the soft image of Pakistan.

She was speaking at an event  to celebrate the World Tourism Day observed every year on September 27 as an initiative of the United Nations. She said tourism was the basic right of the people as it allows  them to see world with their own eyes.”Tourism is close to the heart of Prime Minister Imran Khan”, she added.

The Tourism Task Force and Tourism Development Board were mandated by the government to work for promotion of industry and fund of Rs one billion was allocated to them, she informed.

She said that tourism policy would be implemented in coordination with the provinces while adopting the international best practices.

She said Pakistan suffered from terrorism for the last 17 years and was declared non-family station in 2008. However, it was matter of satisfaction that the world while acknowledging credibility of the Prime Minister, restored the status of Islamabad as family-station for the diplomatic staff, she added.

She said it was unfortunate the a section of world media had been distorting the image of Pakistan. She said the Prime Minister announced the facility of ‘visa,on arrival’ in order to promote tourism in the country.

The Special Assistant said tourism would introduce Pakistan’s rich culture, civilization and heritage to the world. Pakistanis were hospitable and genial people, she said adding, we need to market the positive aspects of Pakistan. She underlined the need for promotion of religious tourism, and added Buddhists and Sikhs could visit a number of sites across the country.

Kartarpur Corridor would be open for the Sikh community in November, she said and added medical tourism also had potential. She said tourism would revamp the social and cultural landscape of Pakistan. The tourism industry could create 500,000 jobs in two years, helping to overcome the economic challenges.

Dr Firdous said the Prime Minister would ultimately realise the vision of Quaid-i-Azam of a progressive, enlightened and moderate country. “Imran Khan will lead Pakistan to its rightful place and will make our future generations proud, “she added. Vision of the Prime Minister was to make resources available for welfare of the people, she added.

She said as an ambassador of Kashmiris, the Prime Minister would convey their viewpoint to the international community in his address to the United Nations General Assembly. She said Occupied Kashmir was an attractive tourist place with its scenic mountains, lakes, springs and forests and foreigners could visit the area when it would gain its freedom from India. Kashmiris would see the dawn of freedom and the night of oppression would end, she added.