Musharraf’s assets: ‘Farmhouse in the capital, Rs80 million in coffers’

Musharraf’s assets: ‘Farmhouse in the capital, Rs80 million in coffers’ 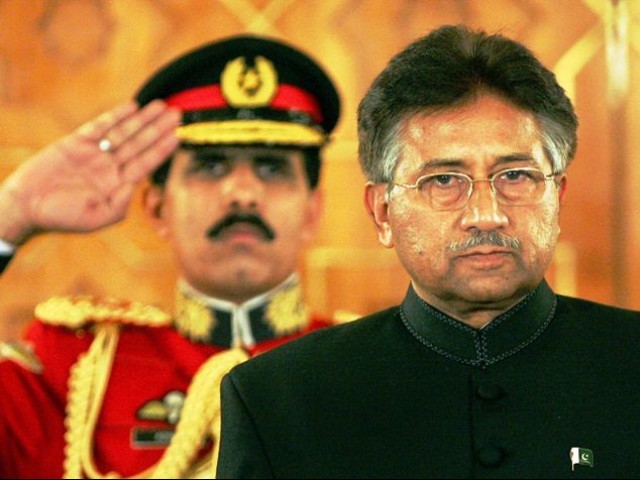 The Federal Investigation Agency’s (FIA) prosecutors informed an anti-terrorism court that former president Pervez Musharraf, who was declared a proclaimed offender in the Benazir Bhutto murder case, owns a farmhouse in the federal capital and has over Rs80 million in various bank accounts. The court had ordered confiscation of his movable and immovable assets, but the agency has yet to gather details.

The trial court declared Musharraf a proclaimed offender after he refused to appear before the court once his arrest warrants were issued. According to the information provided to special judge anti-terrorism court-III Shahid Rafique by special public prosecutor FIA Chaudhry Zulfiqar Ali, the former president has a five-acre farmhouse in Chak Shahzad. He also has 15 banks accounts, details of which were provided by the State Bank of Pakistan.

FIA officials informed the court during the proceedings at Adiala Jail that they have yet to receive any answer from Board of Revenue members of the four provinces, GHQ and Defence Housing Authority concerning details of Musharraf’s property. FIA investigators have accused Musharraf of failing to provide adequate security to the former PPP chairperson and issuing death threats to discourage her from returning to Pakistan for the 2008 general election.

The court provided former city police officer Rawalpindi Saud Aziz and SP Khurram Shahzad copies of statements of 96 prosecution witnesses. Their lawyers have also asked for statements of police officers cited as prosecution witnesses in the case. The two police officers obtained post-arrest bail after they were accused of security lapses which resulted in Benazir’s death on December 27, 2007 and for attempting to destroy evidence from the crime scene outside Liaquat Bagh.

The hearing was subsequently adjourned till July 23.

Five other men including Aitzaz Shah, Sher Zaman, Abdul Rasheed, Hasnain Gul and Rafaqat Hussain are in jail on charges of being part of the murder conspiracy plotted by Tehreek-e-Taliban Pakistan and abetting the suicide bomber who blew himself up near Bhutto’s car.