351 dog bite cases reported in past month in Bhakkar

351 dog bite cases reported in past month in Bhakkar 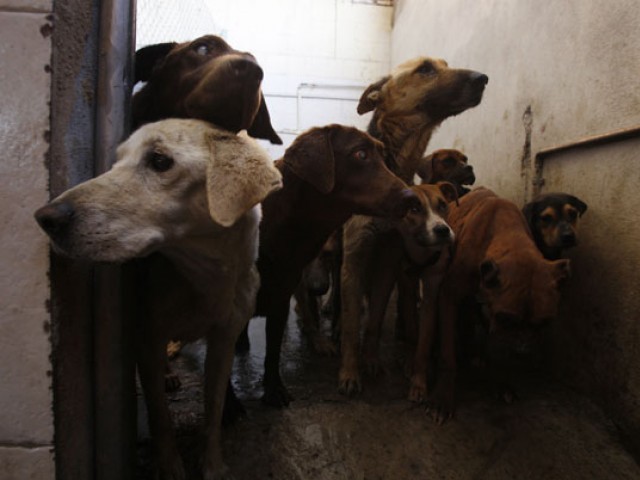 BHAKKAR: During the past one month, 351 cases of dog bites were reported in Bhakkar district. Citizens are at their wit’s end due to the increase in the number of incidents.

Local Malik Muhammad Pervaiz revealed that packs of stray dogs roam freely in the streets of Mankera tehsil which has become a nuisance for residents.

“These dogs roam the streets during the early hours of the morning and late hours of the night, attacking those on their way to the mosque to offer prayers,” he said.

In light of the situation, the district administration has constituted four teams to eliminate dogs from the district.

However, according to another local Khalil Ahmed, there is a need to increase the number of people assigned to each team so that the citizens can breathe a sigh of relief.

Speaking to The Express Tribune, Bhakkar Deputy Commissioner Asif Ali Farrukh said that teams are patrolling the entire district and that he is personally monitoring the situation.

“Keeping in view the sudden increase in cases, the availability of medicines has also been ensured at government hospitals,” he stated. He explained that staff at rural and basic health centres have been instructed to rush a patient bitten by a dog to the nearest headquarter hospital, in order to administer a rabies vaccine.

He claimed that teams are working to eliminate stray dogs. He urged locals to report the presence of stray dogs by calling the assistant commissioner’s office so that teams can take action.

Meanwhile, medical experts said that using natural remedies, such as putting chillies on the wound, is an effective defense when the animal itself does not have rabies. In such scenarios, doctors urged citizens to visit the nearest hospital for immediate medical intervention.