Almost all of the 3,400 exhibi­ts come from the Egypti­an Museum in Cairo's Tahrir Square­
By AFP
Published: September 23, 2019
Tweet Email 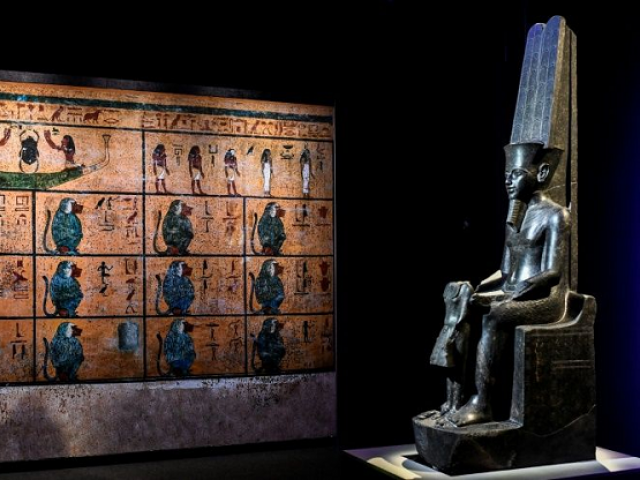 "Tutankhamun: Treasures of the Golden Pharaoh" -- which has been described as as a "once in generation" show -- will open in London in November. PHOTO: AFP.

The turnout beat the previous record set by another Tutankhamun show billed as the “exhibition of the century” in 1967, when 1.24 million queued to see “Tutankhamun and His Times” at the Petit Palais.

“Tutankhamun: Treasures of the Golden Pharaoh” — which has been described as a “once in a generation” show — will open in London in November.

The last time a show of comparable size about the boy king opened there in 1972 it sparked “Tutmania”, with 1.6 million people thronging the British Museum. 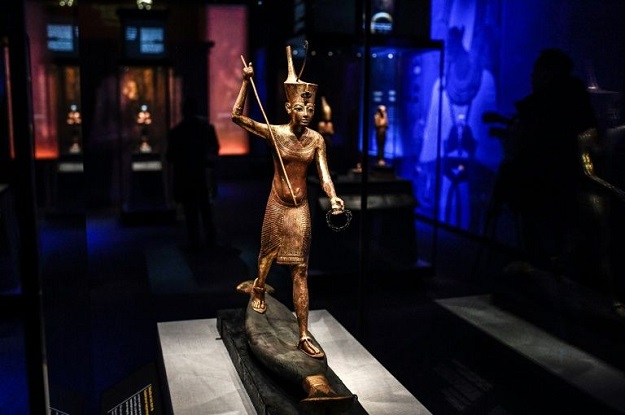 More than 150 treasures from the monarch’s tomb — including 60 which have never left Egypt before — have been assembled for the show.

The Egyptian Ministry for Antiquities said this was the largest number of Tutankhamun artefacts ever to have left Cairo.

Almost all of the 3,400 exhibits come from the Egyptian Museum in Cairo’s Tahrir Square, and are never likely to leave the country again.

Its unparalleled collection is being transferred to the enormous new Grand Egyptian Museum near the pyramids at Giza, which is due to open next year.

Mostafa Waziry, the Egyptian ministry’s secretary-general, said the show — which also visits Sydney next year — will help pay for the new Giza museum.

The country’s Minister of Antiquities, Khaled El-Enany, said he was “sure that the immense interest in the exhibition will encourage millions of visitors… to visit Egypt’s museums and remarkable sites.”

And the Louvre, which loaned the greatest piece in its Egyptian collection, the statue of Amon — the king of the gods —  protecting Tutankhamun, also hailed the show’s runaway success.

“It confirms, if confirmation were needed, how passionate the French people are about Egyptian antiquity,” it said.

Some 50,000 children visited the show on school trips alone, the organisers said.

The show will visit other as yet undisclosed cities before the artefacts are returned to Egypt in 2024.

“Please see them,” Waziry declared. “Visit them before they return to Egypt forever.”

The giant touring spectacle is also designed to mark the 100th anniversary of the discovery of the boy pharaoh’s tomb by the British archaeologist Howard Carter in 1922.

Organisers had to extend opening hours to 9:00 pm at the giant la Villette venue in the north of the French capital to try to cope with the numbers.

The London show at the Saatchi Gallery will open on November 2 and run until May 2020. 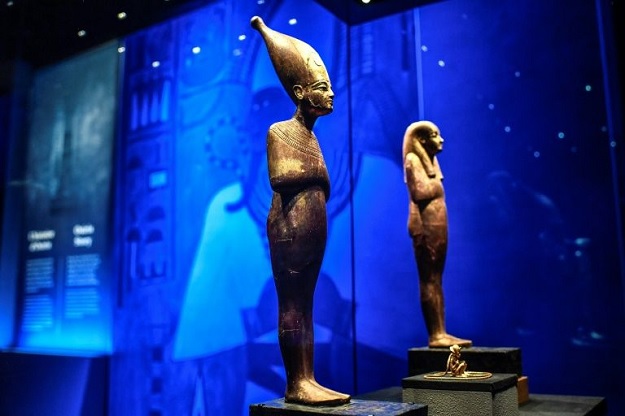 Filipinos give thumbs up to Duterte’s ‘excellent’ drugs war