PM Imran in US on 'mission Kashmir'

PM Imran in US on 'mission Kashmir' 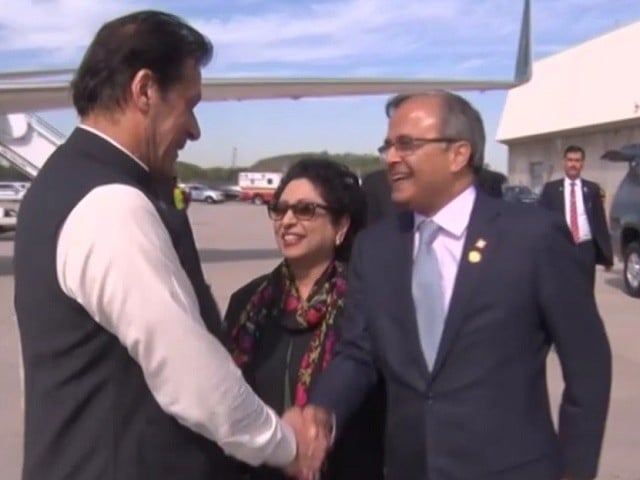 Prime Minister Imran Khan reached New York on Saturday on a week-long visit to attend the UN General Assembly session and be part of a host of other activities, including a meeting President Donald Trump.

He was received by Pakistan’s UN ambassador Maleeha Lodhi, US envoy and other senior officials.

The highlight of the prime minister’s US visit is his maiden address to the UN General Assembly, which would focus on recent Indian decision to strip the disputed Indian Occupied Kashmir (IOK) of its special status and subsequent curfew and restrictions imposed in the valley.

The prime minister will address the General Assembly on Friday, September 27, and share Pakistan’s perspective and position on the Kashmir dispute and its current human rights and related dimensions.

Besides his address, he will hold meetings with world leaders on the sidelines of the General Assembly session, including President Trump. This will be the second meeting between the two leaders in two months. Last time the two met at the White House on July 22 when Imran undertook his maiden visit to Washington as the prime minister.

While a trilateral summit meeting of Pakistan, Malaysia and Turkey will be held on the sidelines, the prime minister will also interact with cross-section of international media outlets including meetings with editorial boards.

His engagements at leading think-tanks and meetings with heads of major international human rights organisations are also envisaged.