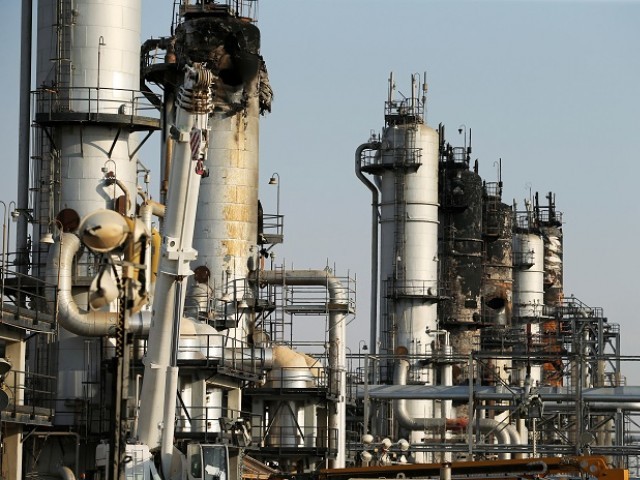 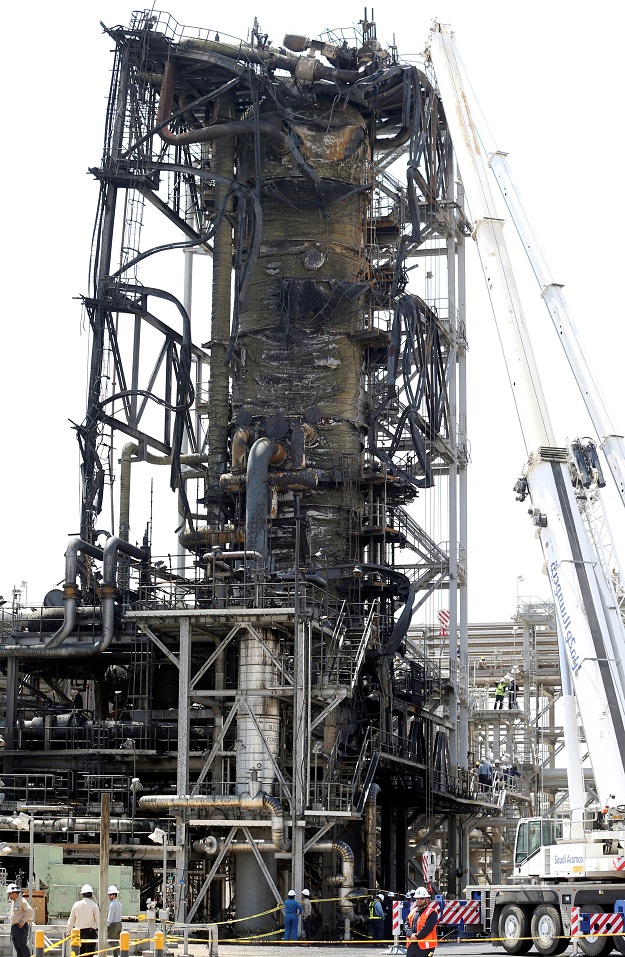 The kingdom sees the September 14 strikes on its Khurais and Abqaiq facilities — the worst attack on Gulf oil infrastructure since Iraq’s Saddam Hussein torched Kuwaiti oilfields in 1991 — as a test of global will to preserve international order.

US President Donald Trump said on Friday the United States was imposing sanctions on Iran’s national bank over the attack. US Treasury Secretary Steven Mnuchin said the bank was Tehran’s last source of funds.

At Abqaiq, one of the world’s largest oil processing plants, reporters saw a punctured, blackened stabilizer tower that Khalid Buraik, Saudi Aramco vice-president for southern area oil operations, said would have to be replaced.

As reporters examined a shattered separator dome draped with a red tape labeled “Danger”, Buraik said 15 towers and facilities had been hit at Abqaiq, but it would regain full output capacity by the end of September. 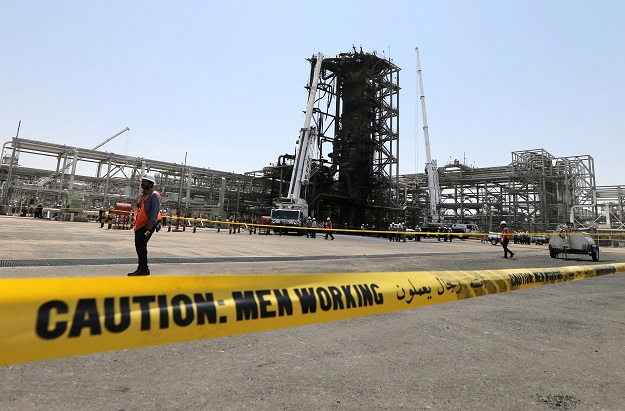 At Khurais oilfield to the west, which the Saudi defense ministry says was hit by four missiles, Reuters reporters were shown repair work under way, with cranes erected around two burnt-out stabilization columns, which form part of oil-gas separation units, and melted pipes.

“We are confident we are going back to the full production we were at before the attack (on Khurais) by the end of September,” Fahad Abdulkarim, Aramco’s general manager for the southern area oil operation, told reporters. 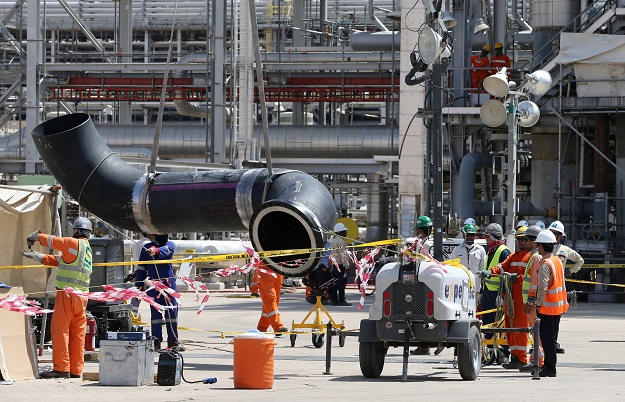 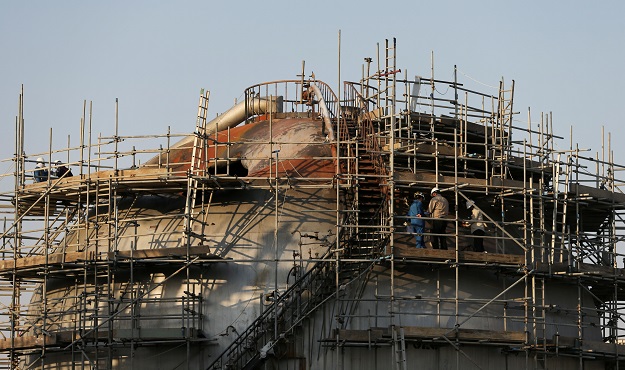 A mound of blackened debris lay on the ground. An executive said the scorched mess once covered much of the surface of the facility but now only a small mound is left.

Some workers sprayed what appeared to be water on the ground. Mobile cranes and water trucks stood near the crumpled, mangled remains of a fire-damaged stabilization tower.

The attacks intensified a years-long struggle between Saudi Arabia and Iran, who are locked in a sometimes violent contest for influence in several flashpoints around the Middle East.

Saudi Minister of State for Foreign Affairs Adel al-Jubeir said on Thursday the attacks were an “extension of the Iranian regime’s hostile and outlawed behavior”.

Iran has warned US President Donald Trump against being dragged into a war in the Middle East and said it would meet any offensive action with a crushing response.

Tehran amplified that message on Friday when a senior Revolutionary Guards commander said Iran would respond from the Mediterranean to the Indian Ocean against any US plots.

“If the Americans think of any plots, the Iranian nation will respond from the Mediterranean, to the Red Sea and to the Indian Ocean,” said General Yahya Rahim-Safavi, a senior adviser to Iran’s supreme leader, state news agency IRNA reported.

US Secretary of State Mike Pompeo had called the attacks an “act of war” but on Thursday he said Trump, who has ordered more sanctions on Iran, wants a peaceful solution to the crisis.

“Coalition for Peaceful Resolution?,” Mohammad Javad Zarif said on Twitter, and listed eight diplomatic initiatives by Iran since 1985, including a peace plan for Yemen in 2015.