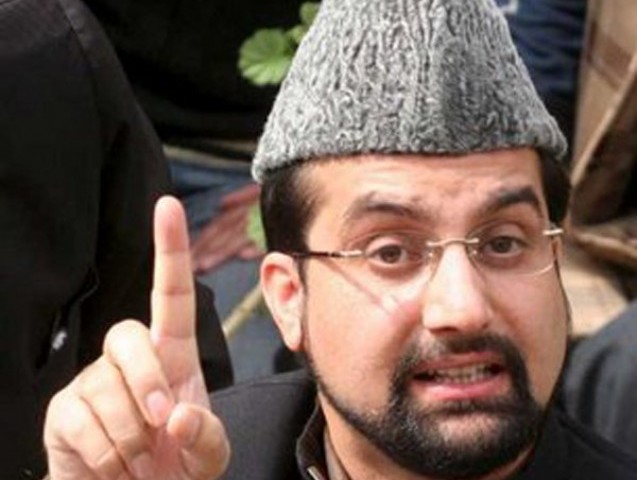 An Indian media report claimed on Friday that at least five detained political leaders in occupied Kashmir including Hurriyat leader Mirwaiz Umar Farooq have signed bonds to secure their release.

Mirwaiz thanks Pakistan for supporting Kashmir’s fight for freedom

The English-language daily newspaper, The Hindu, quoted a senior Indian official as saying the politicians who signed the bonds gave an undertaking that they would not indulge in any political activity after their release.

All were detained under Section-107 of the Code of Criminal Procedure (Cr PC).

“If a person detained under Section-107 of the Cr PC signs a bond and then violates it, legal proceedings including arrest can be initiated. The prohibited activities include giving political speeches,” alleged the Indian official.

In a surprise move on August 5, India abrogated provisions in its constitution that gave the IOK partial autonomy and stipulated only residents could buy a property or hold government jobs.

Strict movement restrictions were imposed simultaneously, and mobile, telephone, and internet connections snapped. Since then, several political leaders in the disputed region were placed under detention and house arrest.

The Centaur Hotel in Srinagar was turned into a subsidiary jail, and as of now, at least 36 leaders, including the former bureaucrat-turned-politician Shah Faesal, are lodged there.

None of the detainees there, including Peoples Conference chairman Sajad Lone and PDP youth wing leader Waheed Para, had agreed to sign the bonds.

A shopkeeper in Srinagar said they had shut business in protest against the Indian move to revoke the special status.

India claimed the immediate priority was to prevent an eruption of violence in IOK valley, where more than 40,000 people have been killed since 1989.

“No militant has threatened us, we are not opening shops as a mark of protest,” said Abdul Rahim, a resident of Srinagar.

This story originally appeared on The Hindu.