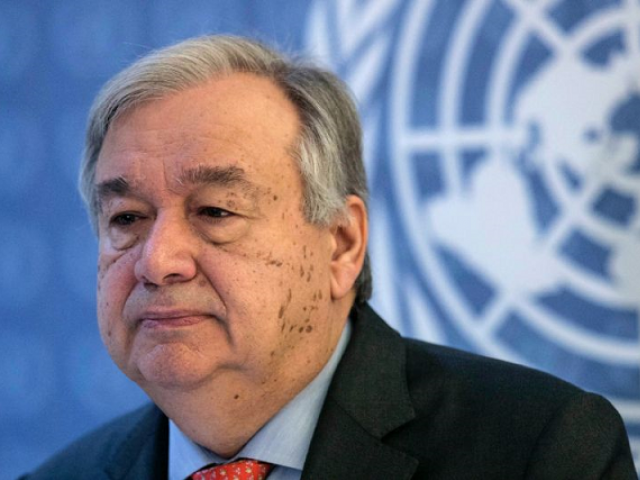 NEW YORK: UN Secretary General Antonio Guterres has called for respecting human rights in Jammu and Kashmir, and called for a dialogue between Pakistan and India to resolve the dispute, according to a statement posted on the UN website.

At a press conference on Wednesday at the outset of the 74th session of the UN General Assembly in New York, Guterres was asked how he would go beyond making statements and “act to bring about a solution” to the crisis in Indian-Occupied Kashmir.

“I go on with a clear opinion that human rights must be fully respected in the territory,” he responded. He added dialogue between India and Pakistan “is an absolutely essential element for the solution of the [Kashmir] problem”.

Occupied Kashmir has been under a lockdown since August 5, after India scrapped its special status, and blocked communication access, including mobile phones and internet, and imposed restrictions on the movement of the people.

India said on Wednesday that 93% restrictions had been eased and that 90% of the valley was “now without any restrictions or prohibitory orders”. However, the local administration’s claim could not be verified independently.

It said that there had been a total of 192 incidents of law and order — 165 in Srinagar alone — reported since August 5 in which five people dies and at least 100 others were injured, including more than 50 security personnel.

When asked about the UN resolutions seeking a plebiscite in Kashmir, Guterres replied: “Our capacity is related to good offices, and good offices can only be implemented when the parties accept it. And, on the other hand, it relates to advocacy, and the advocacy was expressed and will be maintained.”