As part of agreem­ent, ExxonM­obil of US will make invest­ment in Pakist­an
By ​ Our Correspondent
Published: September 19, 2019
Tweet Email 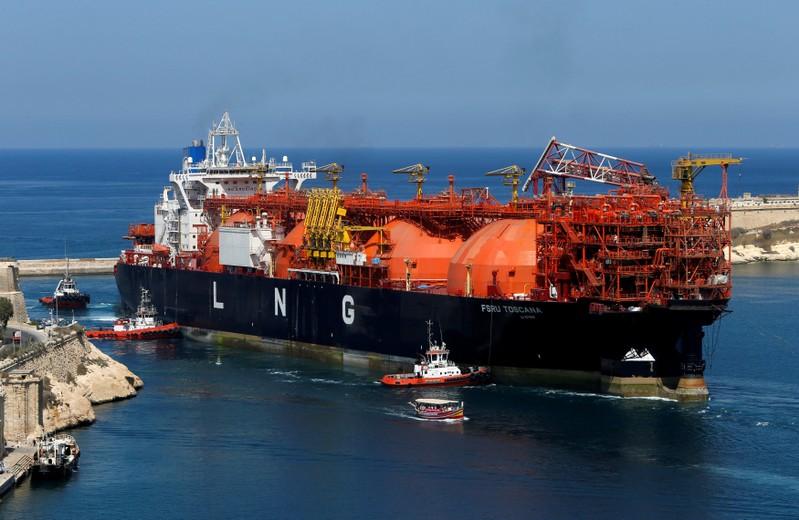 ISLAMABAD: Universal Gas Distribution Company (UGDC), set up by compressed natural gas (CNG) station operators, has become the first energy company that has signed a deal with US energy giant ExxonMobil for the import of liquefied natural gas (LNG).

According to industry players, the UGDC deal with ExxonMobil is a welcome development that will bring ExxonMobil investment in Pakistan after a gap. This will also lead to a reduction in gas prices and improvement in employment opportunities, they say.

Under the deal, first LNG-carrying vessel will arrive next month that will change the entire energy landscape in Pakistan.

The agreement was signed in the US city of Houston by UGDC CEO Ghiyas Abdullah Paracha and ExxonMobil Vice President Richard Rayfield. Special Assistant to Prime Minister on Petroleum Nadeem Babar and senior officials of the Petroleum Division were also present on the occasion.

Speaking at the event, Babar called it a historic day as ExxonMobil had decided to invest in Pakistan. He stressed that businessmen would be provided an enabling environment according to the vision of Prime Minister Imran Khan.

“We will ensure ease of doing business to promote investment in all sectors including the energy sector,” he said.

The adviser said the government wanted to come out of the gas import business and the ExxonMobil deal was the first step in that direction. “Investment by ExxonMobil will also propel other energy companies to invest in Pakistan, which will bring down gas prices, help the masses and improve the environment,” Babar said.

ExxonMobil LNG Market Development Chairman Alex Volkov and Market Development President Irtiza Sayyed said the US company had decided to invest in Pakistan after two decades with the aim of providing economical and environment-friendly gas to consumers on a regular basis. “We will support UGDC so that it can overcome gas shortage in Pakistan,” they said.

UGDC’s Paracha said the government had changed third-party rules to allow gas import by the private sector. “Now we will be able to buy surplus gas from existing LNG terminals and will also purchase the fuel from five upcoming terminals, which will revive the CNG sector,” he said.

He was of the view that the deal would improve the parity between CNG and petrol prices, bring down transport fares, help save $1 billion in foreign exchange every year, encourage an additional two million vehicles to switch to CNG and attract foreign investment for the import of CNG kits and cylinders.

At present, the second LNG terminal at Port Qasim has handling capacity of 750 million cubic feet per day (mmcfd), of which the government utilises 600 mmcfd.

The remaining is lying idle and has not been utilised. Third-party access rules are already in place and in line with those the Oil and Gas Regulatory Authority (Ogra) has allowed gas marketing by the private sector. The private sector will utilise the idle capacity of the second LNG terminal.

The government has been paying millions of dollars in capacity charges to the LNG terminal operators due to its failure to utilise the entire dedicated capacity.

LNG consumers have already paid $45 million in 2018 because of the unutilised capacity of LNG terminals and estimates suggest they will again bear an extra cost of $40 million in the ongoing year if the full terminal capacity is not utilised.