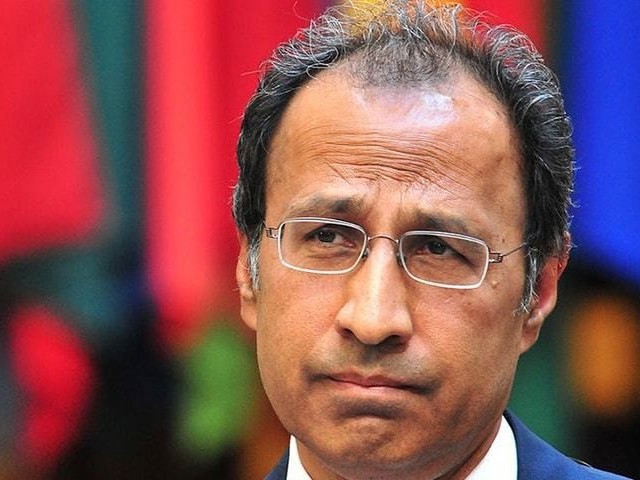 ISLAMABAD: The government on Wednesday gave the go-ahead for starting the privatisation process of one dozen state-owned enterprises, including two power distribution companies, and also approved the transaction structure for strategic sale of two LNG-fired power plants.

The two LNG-fired power plants, owned by government-controlled National Power Parks Management Company Limited (NPPMCL), arebig-ticket items that are expected to attract around Rs300 billion in non-tax revenues. The government wants to conclude the privatisation of these power plants in the current fiscal year to achieve certain fiscal targets.

CCOP Chairman Dr Abdul Hafeez Shaikh admonished the power ministry for not cooperating in pushing forward the government’s agenda of privatising the loss-making enterprises. He asked the ministry either to cooperate in the privatisation of power distribution companies or inform the prime minister about its reservations.

The meeting approved the inclusion of State Life Insurance Corporation (SLIC) as well as Iesco and part of Lesco in the active list of privatisation programme, according to a statement issued by the finance ministry.

It added that the meeting considered a proposal for delisting Telephone Industries of Pakistan (TIP) from the privatisation programme and approved it keeping in view the Ministry of Information Technology and Telecommunication’s plan to revive TIP by forming a joint venture. The process had already been undertaken in consultation with TIP employees and the Privatisation Commission.

The privatisation of power distribution companies was not part of the initial plan approved at the time of federal budget. The prime minister’s energy task force had also proposed to first restructure these entities before putting them on the active privatisation list.

The task force recommended to privatise the loss-making power sector entities in the third year of Pakistan Tehreek-e-Insaf (PTI) government, and that too if the issues of circular debt and maintenance of their books were addressed.

Even in the third year, the task force did not see the possibility of privatisation of all the nine distribution companies, said the officials.

However, after assuming the office of finance adviser, Shaikh expanded the active privatisation list from just seven to now 20. But the privatisation of power distribution companies will require a lot of homework as their accounts are not properly maintained.

The government has also taken Rs200 billion in loans by pledging their assets. The government also cross-subsidises power consumers of various entities, which is also a hurdle in the way of listing these enterprises on the stock market.

A report of the State Bank of Pakistan (SBP) showed that the debt of public sector enterprises (PSEs) increased 47% to Rs2.1 trillion within one year that ended on June 30, 2019. The PTI government wasted one year to come to the conclusion that the privatisation of loss-making enterprises was the only solution to their growing losses.

Under the approved plan, if the highest bidder for both plants is the same, the bidder will be offered to buy the combined entity and in case the highest bidder for the two plants is different, demerger would become a “condition precedent to transaction closing”. There would be divestment of 100% equity stake in NPPMCL in respect of both the power plants.

On Tuesday, the Privatisation Commission board had rejected the hybrid option and instead recommended the government either to sell the plants as a combined entity or first demerge them to get a better price.

But the CCOP took a more rational approach and decided to simultaneously initiate the privatisation and demerger processes. This will help save time besides ensuring a better price for the government.

The finance adviser said on Sunday the government expected to earn Rs300 billion from the privatisation of the two LNG power plants. The Rs300 billion privatisation proceeds will be critical to achieve the over-ambitious primary budget deficit target of Rs276 billion.

The Privatisation Commission board had not approved Pakistan Reinsurance and Peco for privatisation.