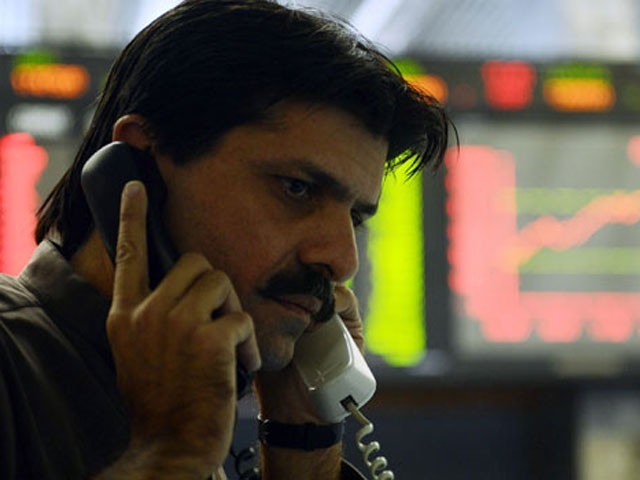 KARACHI: KARACHI: Bears staged a comeback at the bourse on Wednesday as the benchmark KSE-100 index shed 353 points.

The index started falling from the moment trading began amid dismal foreign direct investment (FDI) data and uncertainty in global markets due to fluctuating crude oil prices in the wake of escalating tensions in the Middle East.

The release of weak FDI data for Jul-Aug 2019 dampened investor confidence and selling pressure dragged the index down. Profit-booking took the market further into the red.

Global stocks experienced considerable uncertainty as restoration of crude production at a Saudi Aramco facility in Abqaiq pushed international crude prices down. A similar trend was witnessed at the Pakistan Stock Exchange (PSX) as well.

JS Global analyst Maaz Mulla said in line with expectations, profit-booking was witnessed in Wednesday’s trading session, which touched an intraday low of -400 points and closed down by 353 points at 31,555.

“On the news front, the International Monetary Fund (IMF) clarified that there would be no change in the economic targets set for Pakistan including the annual tax collection target for the current fiscal year,” the analyst said.

Furthermore, OGDC from the exploration and production sector declared its FY19 result, where the company posted earnings per share of Rs27.53 and cash payout of Rs2.50 per share. It was in addition to the interim dividend of Rs8.50 per share that had already been paid.

“Moving forward, we expect the market to remain under pressure and recommend investors to adopt sell-on-strength strategy,” the analyst said.

Overall, trading volumes decreased to 99.4 million shares compared with Tuesday’s tally of 122 million. The value of shares traded during the day was Rs3.97 billion.

Shares of 356 companies were traded. At the end of the day, 101 stocks closed higher, 230 declined and 25 remained unchanged.

Foreign institutional investors were net sellers of Rs116.7 million worth of shares during the trading session, according to data compiled by the National Clearing Company of Pakistan.