Taliban willing to resume peace talks with US: chief negotiator

Taliban willing to resume peace talks with US: chief negotiator

Both sides were close to end the 18-year confli­ct after the ninth round of US-Taliba­n talks resume­d in Doha in August­
By News Desk
Published: September 18, 2019
Tweet Email 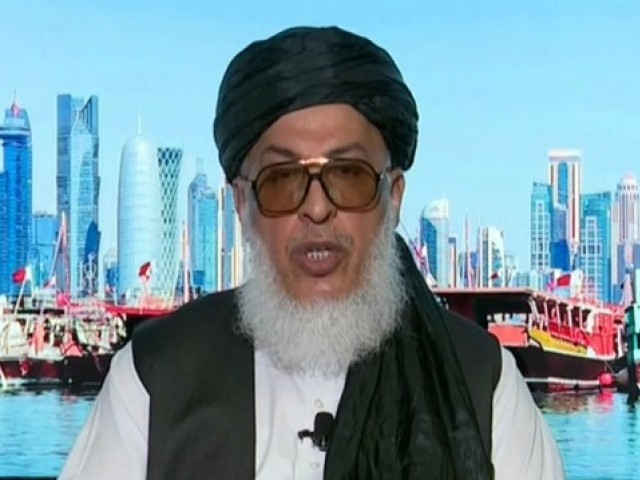 The Afghan Taliban have shown willingness to resume the peace negotiations with the United States – after President Donald Trump unexpectedly called off talks – and said that their ‘doors are open’, reported the BBC.

The group’s chief negotiator, Sher Mohammad Abbas Stanikzai, in an exclusive interview to the British broadcaster, stressed that negotiations remained the only way for peace in Afghanistan.

Earlier this month, US President Donald Trump said he cancelled peace talks with Afghan Taliban leaders after the group said it was behind an attack in Kabul that killed an American soldier and 11 other people.

Deal with US will not stop attacks on Afghan forces: Taliban

Senior Taliban leaders along with President Ashraf Ghani were going to meet at Camp David on September 8, but the September 6 attack prompted President Trump to pull out saying that ‘Taliban do not have the power to negotiate if they were unable to agree to a ceasefire during talks”.

However, according to Stanikzai, the Taliban had done nothing wrong. While talking to the BBC he said: “They [US] had killed thousands of Talibans according to them but, in the meantime, if one [US] soldier has been killed that doesn’t mean they should show that reaction because there is no ceasefire from either side.”

“From our side, our doors are open for negotiations,” he added. “So we hope the other side also rethink their decision regarding the negotiation.”

US Secretary of State Mike Pompeo condemned the Taliban attack and said that they must begin to demonstrate a genuine commitment to peace.

US, Taliban resume push for peace at Doha talks

Stanikzai added that a ceasefire between the Taliban and foreign troops would only have come into effect after the agreement was signed.

Both sides appeared to be close to end the 18-year conflict after the ninth round of US-Taliban talks resumed in Doha in August. The Taliban have been holding peace talks with the US for nearly a year but refuse to recognise or negotiate with the Afghan government.

This interview originally appeared on BBC