An investigation team, headed by the director and deputy director of the anti-corruption department, has been constituted by Punjab Anti-Corruption DG Gohar Nafees. A case has also been lodged against the mining department officials and the contractor company.

According to initial investigation into the matter, Rawalpindi’s anti-corruption department found massive irregularities and misuse of authority in the conduct of the mining department, causing a huge loss to the national exchequer.

According to the report, not only a new zone, with placer gold deposits, was illegally created for extracting gravel and sand in the river bank, but also allegedly allowed for illegal extraction of gold worth billions of rupees.

The enquiry team was constituted on July 26 following complaints of awarding the contract on a reduced price.

Investigators have claimed that the creation of new zone for gravel and sand on Indus River bank near Wessa Khurd, Attock was illegal and unjustified and allowed with mala-fide intentions to pave the way for extraction of placer gold from the site.

They also found out that the contract price was illegally reduced from Rs303 million to Rs100 million without any justified calculations to give undue benefit to the contractor company M/S Haihong Superpak Private Limited.

The contractor company, with the help of the Punjab Mines and Mineral Department, subsequently started extraction of placer gold from the site, causing a loss of billions of rupees to the national exchequer, the report added. 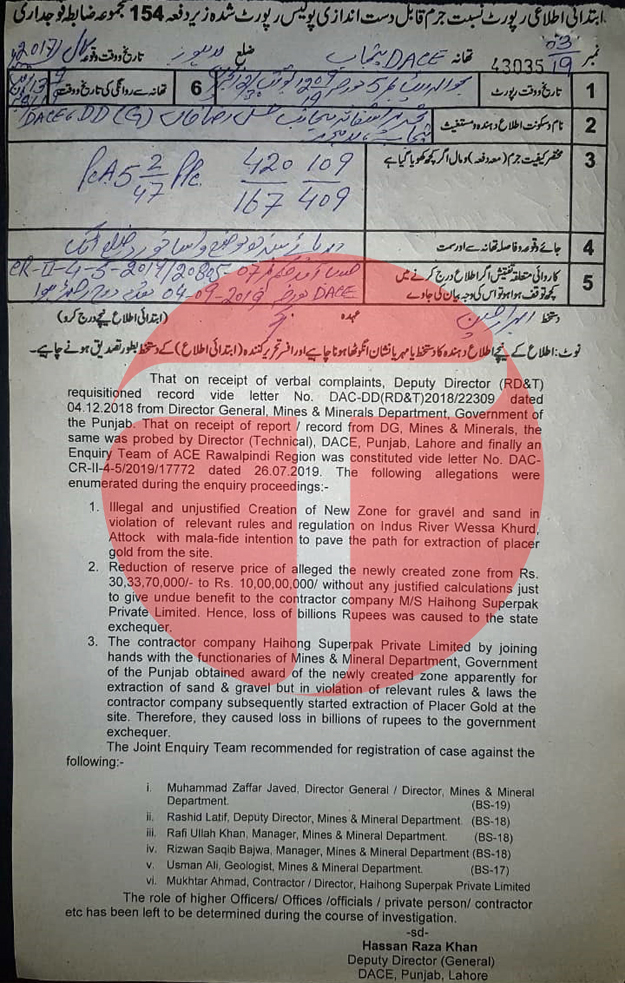