'CPEC projects completed or near completion'

'CPEC projects completed or near completion' 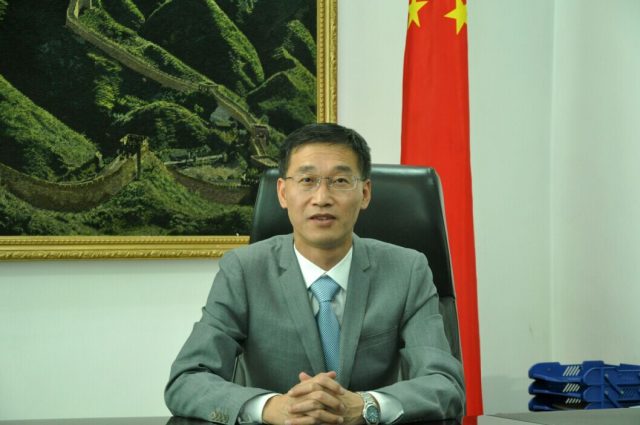 ISLAMABAD: China-Pakistan Economic Corridor (CPEC) projects in energy and infrastructure sectors have either been completed or are near completion, said Chinese Ambassador to Pakistan Yao Jing.

Speaking at a ceremony at the Rawalpindi Chamber of Commerce and Industry (RCCI) on Monday, the envoy said completion of phase-I of CPEC had set a strong foundation for the second phase, which would focus on the development of Special Economic Zones (SEZ), strengthening trade and cultural ties through joint ventures and exchange of delegations.

“CPEC is a unique model of connectivity, trade, and development, which is an important part of the Belt and Road initiative,” Yao added.

The Chinese envoy said the private sector should come forward and play its due role in strengthening trade linkages between the two countries. He also pointed out that Pakistan could play the role of a bridge between the East and West.

“SEZ development has already entered an important phase and efforts are underway to ensure successful Pakistan-China industrial cooperation,” he remarked.

He highlighted that China had granted duty-free access for export of 313 goods under the second phase of China-Pakistan free trade agreement (FTA). “This will help increase exports by tapping Pakistan’s potential in agriculture, textile, food, minerals, engineering, and other sectors.”

He praised RCCI’s role in promoting trade between the two countries, saying that the Chinese embassy would provide its full support and ensure cooperation to enhance the partnership between the Chinese trade agency and the RCCI.

“China and Pakistan are not only friendly neighbours but are also two major ancient civilisations, which have maintained close ties in cultural exchanges and mutual learning,” he added.

Speaking on the occasion, RCCI President Malik Shahid Saleem said people-to-people contact and exchange of delegations were imperative to increase trade ties between the two countries.

“CPEC being a unique project can only be tapped once joint ventures are formed in different sectors,” he added and appreciated the Chinese embassy for its role and cooperation in that regard.