The Afghan peace agreement — the US perspective

The Afghan peace agreement — the US perspective 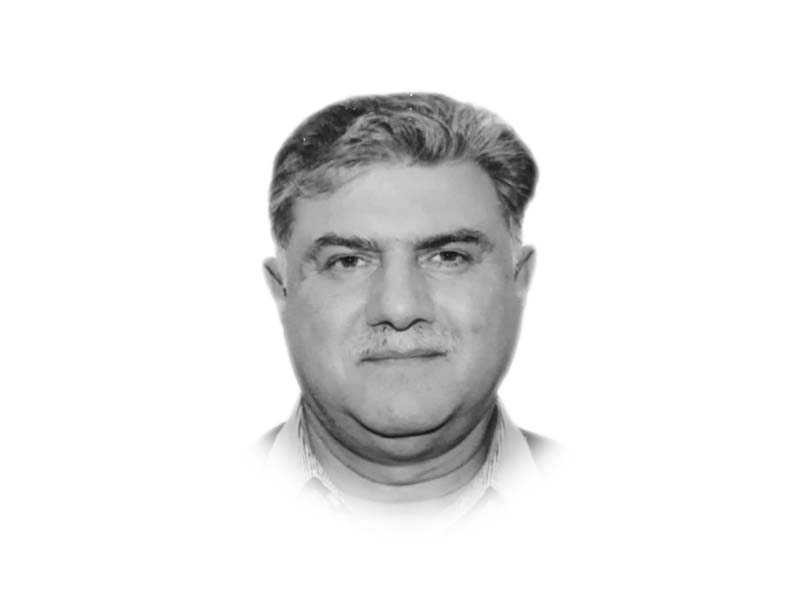 The writer is a retired Major General interested in International Relations and Political Sociology. He can be reached at tayyarinam@hotmail.com

The dust is yet to settle after the inevitable scuttling of the peace process by the mercurial Donald Trump. The press is abuzz with stories as to what happened, when, where and by whom. In my previous piece “Afghanistan: Beyond the Hope of a Peace Agreement” published in this space on 10th September, some of the perceived reasoning was highlighted mainly from the Taliban perspective, since it is the least represented and almost non-existent. This opinion piece will focus on the role played by the maverick Zalmay Khalilzad, the US Special Representative for Afghanistan Reconciliation, and the US deep state.

In the run-up to the deal, there was an urgency about the anticipated outcome in the air. This urgency seemed to be generated by Khalilzad and supported by the powerful international media and analyst community. Khalilzad had his compulsion to deliver the deal before the Afghan elections on 28th September 2019, as a precursor to the US presidential elections in 2020. The shaping of the media environment was also meant to pressurise Pakistan and other stakeholders, ostensibly to faithfully support the process and the desired US outcome. Mr Khalilzad had kept the draft agreement super confidential from the US deep state — especially the US military and the CIA — and the Afghan government much to their consternation. In the end, perhaps it was hard for the deep state to entrust American interests in Afghanistan to a first-generation US citizen of Afghan origin.

Zalmay Mamozy Khalilzad (68) — Zalmay being a Pashto word for a brave “young man” — was born in Mazar-e-Sharif, in the Balkh Province in northern Afghanistan, to Noorzai Sunni Pashtun parentage. After being an exchange student to the US and earning his Masters from the American University of Beirut, where he met his future wife, Cheryl Benard (66), he earned his PhD from the University of Chicago. After brief stints in academia, he joined the government and is regarded as one of the most successful bureaucrats turned diplomat, and is the highest-ranking Muslim to ever serve in the US government.

He served as the permanent US representative to the UN (2007-2009), ambassador to Iraq (2005-2007) and ambassador to Afghanistan (2003-2005). Mr Khalilzad has been associated with policymaking at the US National Security Council for a long time, serving as a special presidential envoy to Afghanistan and special assistant to the US President for Southwest Asia, Near East, and North African affairs. He has strong moorings in the US academic and analytical community with Cheryl Benard, his wife, and son Alexander Benard working with RAND and other influential think tanks. Under successive administrations after president Reagan (1985-89), Khalilzad has been an influential insider in US decision-making concerning the Islamic World. He worked with Zbigniew Brzezinski, the architect of “Operation Cyclone” to organise and support the Afghan Mujahideen during the Soviet occupation, as an assistant. Later on, the media used to call him “Bush’s favourite Afghan”.

As per Khalilzad’s memoir, The Envoy: From Kabul to the White House, My Journey Through a Turbulent World, he believes, “the Muslim world was suffering a crisis of civilization,” hence the US needs to work with moderates to nudge Islam forward. In the run-up to the 2001 invasion of Afghanistan, Khalilzad tried to persuade President Bush against the conventional wisdom that Afghanistan was the “hissing snake pit of disputatious tribes”, arguing that the country was peaceful for 50 years before the Soviet invasion in 1979.

The family is also in business. Alexander Benard specialises in “distressed investment”. The second son, Maximillian Benard, is also a column writer and businessman. Khalilzad’s firm, Gryphon Capital Partners, representing the UK-based Tethys Petroleum, competed in a tender for oilfields in northern Afghanistan holding an estimated 80 million barrels of oil. He was also involved with the risk analysis of the Turkmenistan, Pakistan, Afghanistan, and India (TAPI) Pipeline; the 1,400 kilometres ($2 billion) gas pipeline for UNOCAL and Chevron. In September 2014, the Austrian press reported freezing of his wife’s bank accounts on money laundering charges, which were later disproved.

As the US ambassador to Afghanistan, Khalilzad oversaw the first Afghan elections, the meeting of the Loya Jirgah (the Afghan Lower House) and established the American University of Afghanistan. He also persuaded king Zahir Shah to abdicate, against the wishes of Pashtun delegation to the Loya Jirgah.

As a dexterous diplomat, Khalilzad cajoled Iran into supporting the US choice of Hamid Karzai and is known for bringing together people from diverse and generally hostile points of view together. Such rare talent arouses jealousies at home and abroad. He survived an assassination attempt, while serving as the US ambassador in Afghanistan in 2005, and may have fallen out of grace with the US deep state during the current episode.

Besides the Khalilzad factor, in the US internal political landscape, democrats could hardly stomach the award of such a prize — a peace deal culminating the longest military conflict in US history — to a Republican president. It is considered too big a trophy and legacy for a president. And for those uninitiated in US politics; domestic politics is always decisive in US policy formulation. Foreign policy and external engagements always get a second priority.

President Trump perhaps stopped the process to put pressure on the Taliban, as he did with South Korea recently, by cancelling the summit dramatically and then holding it. The plan to sign up the agreement at Camp David was a spur-of-the-moment decision by President Trump, as was the subsequent cancellation. The deal can be revitalised in another volte-face by Trump especially after the removal of the restraining influence of John Bolton, the hawkish and ideologically-driven NSA.

Perhaps, the Taliban perspective on the events will follow next time.