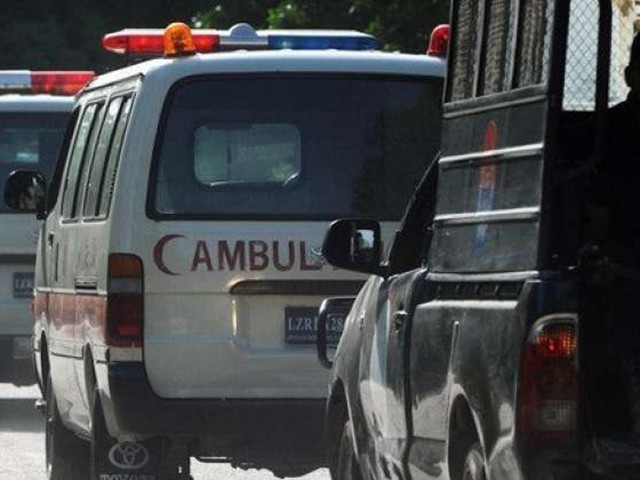 HYDERABABD: The provincial government geared into action on Sunday, against the management of Civil Hospital, Mirpurkhas, rattled by the tragic incident in which two men carrying a toddler’s dead body over a motorcycle were killed in an accident. On the recommendation of Sindh Health Director General Dr Masood Ahmed Solangi, the provincial government suspended the medical superintendent (MS) Dr Muhammad Aslam and the civil surgeon Dr Khalil Memon.

An inquiry committee has also been constituted which will investigate the incident on September 16. “A minor child Mohan [Bheel] expired in Civil Hospital, Mirpurkhas, on Saturday. When his parents demanded ambulance from the hospital to shift the dead body to their village, they were refused and were asked to pay money,” reads the initial report submitted to secretary health by Solangi.

Kewal Bheel, father of Mohan, and his brother-in-law, Ramesh Bheel, were transporting the corpse on their motorcycle to their village in Sindhri taluka when they met with an accident on Mirpurkhas-Sindhri road. The motorcycle was hit by a mini-truck, leaving both the men fatally injured. They later succumbed to the injuries in the same hospital where they were denied the ambulance.

Sindh Chief Minister Syed Murad Ali Shah has said that he felt sad over the incident and assured that the government will not spare any official whose negligence claimed the two lives. Khemo Bheel, father of Kewal, lodged an FIR against the hospital’s officials on Sunday, at the Town police station under section 319 of Pakistan Penal Code, which pertains to unintended murder. However, no arrest could be made till the filing of this report.

“The incident isn’t an accident but murder of two persons,” said MPA Haleem Adil Sheikh, president of Pakistan Tehreek-e-Insaaf (PTI), Sindh chapter. Sheikh and other leaders of PTI reached out to the bereaved family in Mirpurkhas for condolence. Sheikh said the incident has exposed the system of corruption prevalent in the government hospitals in the province.

He demanded the resignation of the Health Minister Jam Mehtab Dahar. “Sindh’s government hospitals have been reduced to slaughterhouses,” he said. Sheikh said that PTI will support the family in their legal battle against the health officials. However, he said the police have registered a weak FIR to protect the accused officials.