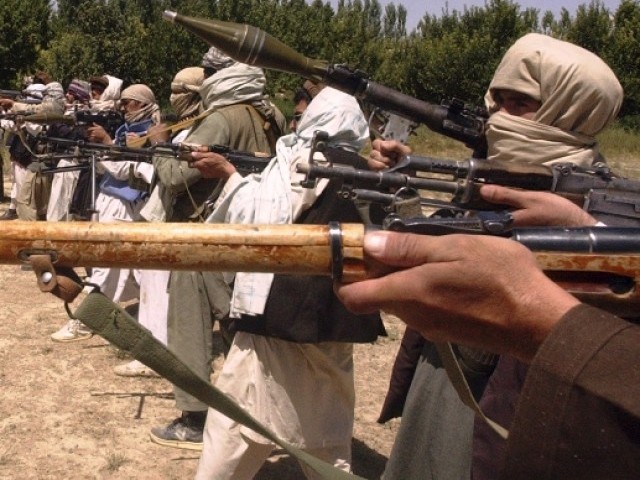 Exchange of prisoners of war between the Taliban and the US was on the agenda when representatives from both sides met in Qatar some time ago, a Taliban source told The Express Tribune.

Tayyub Agha, in-charge of Taliban’s foreign affairs, was sent by Mullah Omar for a dialogue on the exchange of prisoners, the source said.

The exact number of US prisoners of war being held by the Taliban could not be ascertained but the source said they are “few” that were captured from different parts of Afghanistan.

In return, the Taliban are demanding release of their top commanders detained by the United States in Afghanistan and Guantanamo Bay.

The Taliban source conceded that high officials from the United Kingdom and Germany also participated in their talks with the United States.

“None of the prisoners in Taliban custody are from the UK or Germany,” he said.

Pakistan’s ambassador in Kabul, Mohammad Sadiq had told The Express Tribune last month that the meeting in Qatar was arranged by Germany.

Taliban sources said that the former Afghan ambassador to Pakistan Mullah Zaeef had also played a role to convince the Taliban leadership for a negotiated settlement of the Afghan imbroglio.

Although the former envoy does not have Mullah Omar’s confidence, a few prominent Taliban leaders do have a soft corner for him. Zaeef was one of the top critics of Pakistan for its support to the United States when Washington led international forces attacked Kabul to oust the Taliban regime.

He was then the Taliban ambassador in Islamabad and was later handed over to the CIA which took him to Guantanamo Bay.

Intelligence sources in Islamabad suspect that the Afghan Taliban and the US are still in touch over negotiations regarding the terms and conditions for the exchange of their prisoners.

Officials in Islamabad also suspect that the Taliban and US discussed other issues as well but the Taliban are trying to conceal facts as they insist their discussions with Washington were restricted to issues pertaining to the prisoners of war.

Islamabad is perturbed over the US-Taliban talks as it considers Washington’s move as betrayal.

“The United States is pressing us for a large scale military operation in North Waziristan on one hand and holding talks with the same Taliban on the other,” an official told The Express Tribune requesting anonymity.