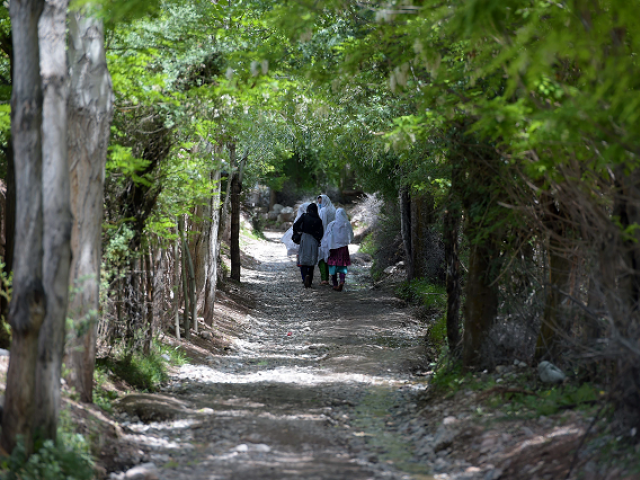 In this picture taken on May 18, 2019, Pakistani women walk on rural street in Booni village in Chitral. PHOTO: AFP

BOONI: Bent over her hand-crank sewing machine, Hajra Bibi carefully stitches sanitary pads for the women of her mountainous village in northwestern Pakistan, one of many rural areas in the deeply conservative country where periods are still taboo.

“I am responding to a crisis,” said the 35-year-old mother, sitting in front of her small, doily-covered work table in the village of Booni, close to the Afghan border.

“Before, Booni’s women had no idea what sanitary towels were,” she explained. Less than a fifth of women use sanitary pads in Pakistan, local charities estimate. 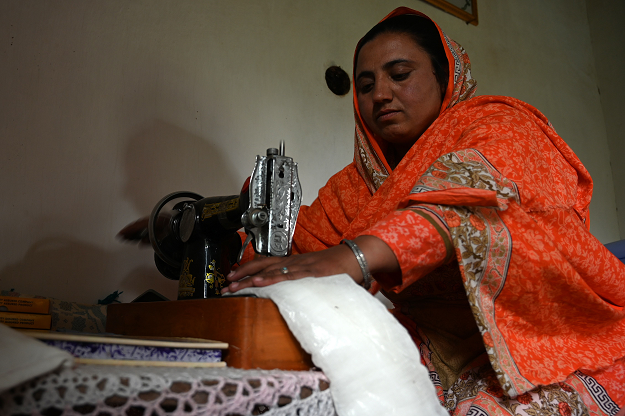 In this picture taken on May 18, 2019, Pakistani woman Hajra Bibi makes a sanitary pad with a sewing machine at her home in Booni village in Chitral. PHOTO: AFP

Traditionally women have used rags and cloth to soak up their menstrual blood, but the stigma around periods and a lack of reproductive education means hygiene standards are poor and many contracted infections.

As with other areas of rural Pakistan, menstruating women were viewed as unclean and limited in what they were able to do.

Bibi was given training to make the disposable sanitary pads, made of cotton, plastic, and cloth, by the Aga Khan Rural Support Program (AKRSP) – an NGO working with Unicef – in a scheme that aims to change attitudes to women’s health. 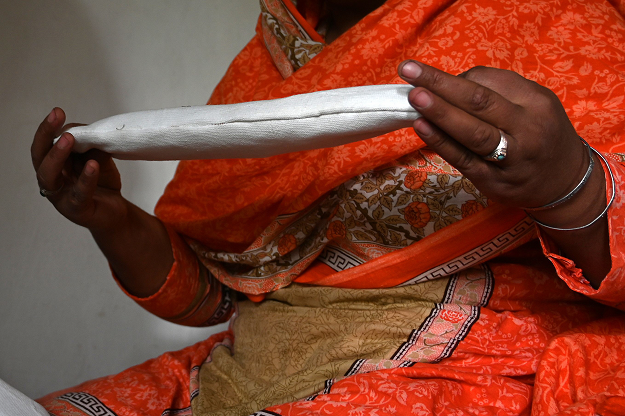 In this picture taken on May 18, 2019, Pakistani woman Hajra Bibi holds a sanitary pad she is making with a sewing machine at her home in Booni village in Chitral. PHOTO: AFP

She took up the work to support her family because her husband is disabled and they have little income. Each pad takes around 20 minutes to make and is sold for 20 rupees (13 US cents).

“At first, people were asking me why I was doing this, some were insulting me,” Bibi recalled.

But now, “girls in the village can talk about their periods,” she said proudly, adding that she was fighting “for the basic needs of women”.

In Pakistan, Unicef has warned that in some cases information about menstruation has deliberately been withheld from women as a “means of protecting their chastity”.

“This in turn negatively impacts their physical and emotional health,” it said in a 2018 report. 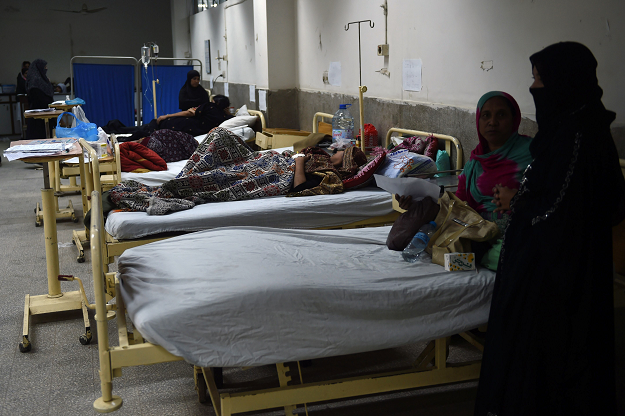 In this picture taken on January 8, 2019, patients are treated at a gynaecology ward at a government hospital in Karachi. PHOTO: AFP

Historically, the women of Booni have used cloth, but according to Bushra Ansari of AKRSP the taboo surrounding periods meant many were ashamed to dry them outside, unaware that damp cloths are a breeding ground for bacteria.

“If there are three girls in the same family, they all use the same pieces of fabric,” she said, adding many women are told not to wash during their period.

There is no sex-education in schools and the topic is rarely discussed – even between women – at homes in northern Pakistan, a particularly conservative part of the country. 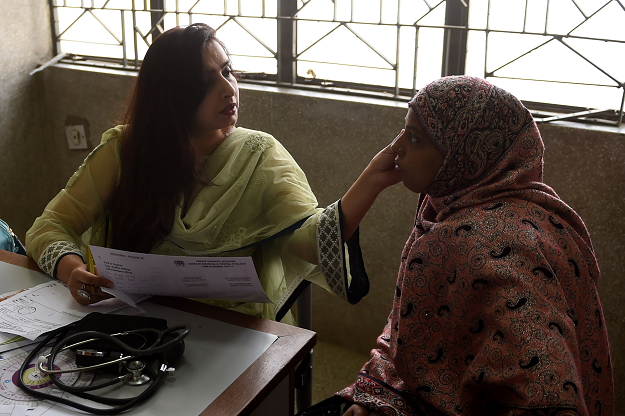 In this picture taken on January 8, 2019, a gynaecologist speaks with a patient at a government hospital in Karachi. PHOTO: AFP

According to a 2017 Unicef survey, half of young Pakistani women had no knowledge of menstruation before their periods started.

“Teen girls told us that they thought they had cancer, or a very serious illness that made them bleed,” said Kakakhail.

But Mohammad Haidar Ulmulk, public health director for Chitral District, where Booni is, insisted the problem was under control.

“There may be gaps, but we try to cover them,” he said, adding that the area had hundreds of health workers trying to help young women.

The situation is different in cities, especially among the richest. But in the patriarchal Muslim country – ranked 148th out of 149 by the World Economic Forum for gender equality – and where sexist stereotypes persist, access to basic feminine hygiene products remains difficult.

In Karachi, a metropolis of twenty million people seen as the most liberal city in Pakistan, sanitary pads are easily accessible, though expensive.

Many women are still made to feel uneasy by leering shopkeepers and ask their husbands to buy them instead. 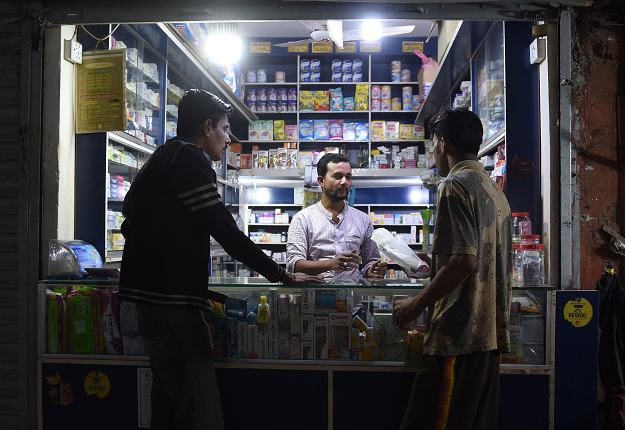 In this picture taken on January 9, 2019, a Pakistani man buys a sanitary pad from a shop in Karachi. PHOTO: AFP

“Some people buy them late at night, others prefer to buy them in a different neighbourhood,” said Sajjad Ali, 32, a store owner.

In shops like this, sanitary pads are wrapped in opaque paper, instead of in transparent bags like other products.

“Periods are treated as taboo and surrounded by mystery,” said Seema Shiekh, a women’s rights activist.

But she asks: “Doesn’t every man have a sister, wife or a mother?”

After twenty years of battling to introduce sex education classes in Pakistan, the first lessons are finally being given in public schools in Sindh province, of which Karachi is the capital.

Among their aims will be to put an end to the fear surrounding periods in a country where the onset of menstruation is one of the main reasons girls drop out of school.

Some 28 percent of women surveyed in 2017 by Unicef indicated that they had missed school or work because of stomach pain or worry over staining their clothes.

Bibi – who is working alongside 80 other women trained to make sanitary pads – is confident things will change in Booni too.

She mused: “With this project, I have made people aware.”