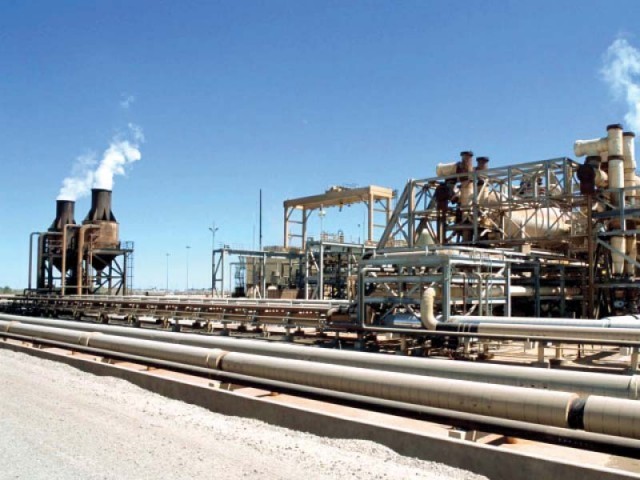 ISLAMABAD: Seventeen officers of Sui Northern Gas Pipelines Limited (SNGPL), who are holding key positions, have dual nationality, which is contrary to a clear decision of the apex court, sources say.

According to a list of SNGPL officials available with The Express Tribune, of the 17 employees having dual nationality, 12 have obtained foreign nationality during service.

The Supreme Court of Pakistan, in its ruling, had said the officials having dual nationality must be given a deadline for either abandoning their foreign nationality obtained during service or resign from service immediately.

However, no decision has been taken so far by SNGPL and its board of directors is silent, though such officers have been holding key posts.

After determination by the competent authority, the court said, such officials must be given a deadline for either rescinding their foreign nationality obtained during service or resign from service immediately.

The court stressed that it was intended to send a strong signal to all officials in the employment of government of Pakistan at any level that they must not deceive Pakistan by breaking trust that they had been bestowed upon by virtue of their office.

In its decision, the Supreme Court directed the federal government that rules and regulations may be made or amended preferably in conjunction with each other.

Furthermore, the court said, federal or provincial governments should develop criteria and standard operating procedures requiring disclosure of the intent to seek such foreign nationality and permanent residence permit, and adopt methods to stop such instances and enforce penalties for non-disclosure.

A two-member bench of the Supreme Court, headed by Chief Justice of Pakistan Mian Saqib Nisar, had given directives for taking necessary action in December last year.

However, the SNGPL board of directors did not take up the issue despite clear instructions of the Supreme Court. When contacted, SNGPL Board Chairman Dilawar Abbas said the issue had not been taken up with the board, adding that the company secretary had to put the matter before the board for consideration.

SNGPL spokesperson did not respond to a request for comment.

Though the SNGPL administration had compiled a list of officials having foreign nationality, no action could be taken. The board had powers to initiate action but the matter was not placed before it, an official said.

Sources recalled that the issue had been taken up by the previous SNGPL board, but the then company CEO, who was also a dual national, submitted in writing that the Supreme Court decision did not apply to SNGPL. According to sources, the company officials had concealed their foreign nationality from the employer.