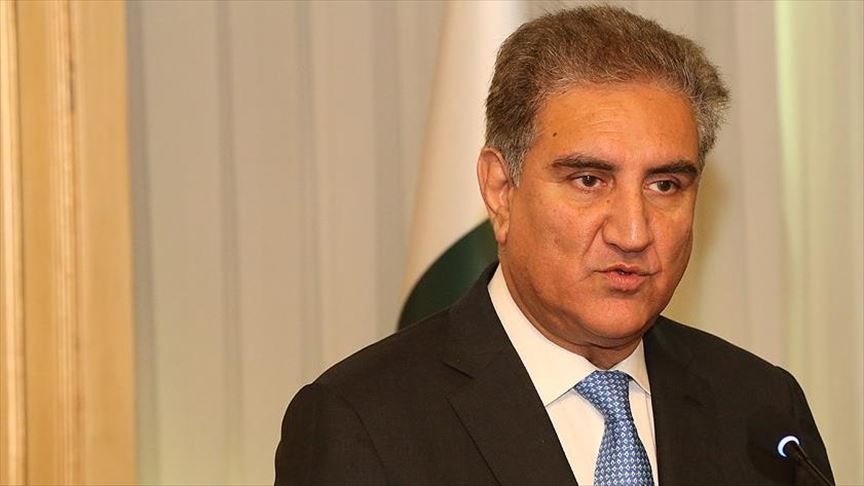 In an interview with Anadolu Agency Video News, Qureshi said that Islamabad was concerned over the rise of Islamophobia, therefore, Pakistan, Turkey and Malaysia were hosting a debate on it on the sidelines of the UN Human Rights Council session in Geneva.

“If you convert a Muslim majority state into a Muslim minority state to demographic change and that is in a disputed area which is forcibly occupied that is a form of genocide of that concern,” said Qureshi.

“Well India has after 9/11 very crafty manner use the struggle for self-determination and drive to dub it as terrorism. They are not terrorists. They are fighting for their rights and which [can] not be equated as terrorism,” Qureshi added.

He said: “Islamophobia is on the rise and we are concerned about it and that is why on the sidelines of the UN event Pakistan, Turkey and Malaysia are hosting a debate and a discussion on Islamophobia.”

The foreign minister described bilateral relations between Pakistan and Turkey as good, saying that both the countries had always stood by each other. “We saw manifestation of that even yesterday at the OECD forum,” he said.

“You know the Turkish ambassador was in the lead while he was the first one to commend our joint statement so our relation is good. We are expecting President Erdogan to visit Pakistan in the near future in which we will be talking about comprehensive economic arrangement between Turkey and Pakistan,” he added. “We have a good corporation in military relations.”