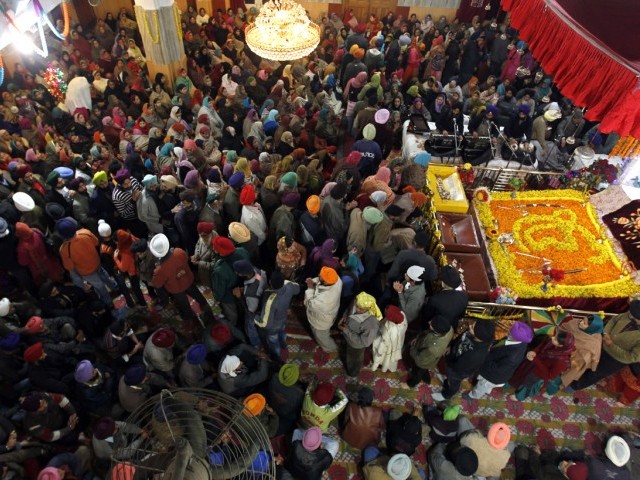 LAHORE: Pakistan will issue more than 10,000 visas to the Sikh pilgrims in November this year, to attend the 550th birth anniversary of Baba Gurunank Dev.

The arrival of Sikh pilgrims would continue till November 8. Sikh pilgrims from other countries would also come to Pakistan through Wagha border.

The head of Pakistan Sikh Gurdwara committee Sardar Satwant Singh invited Sikhs from all over the world to attend the 550th birth anniversary of Baba Guru Nanak. He said in the mid of October a tent city would be setup to accommodate the pilgrims from across the world. Additional counters would be established on Wagha border by custom and immigration authorities to facilitate the pilgrims.