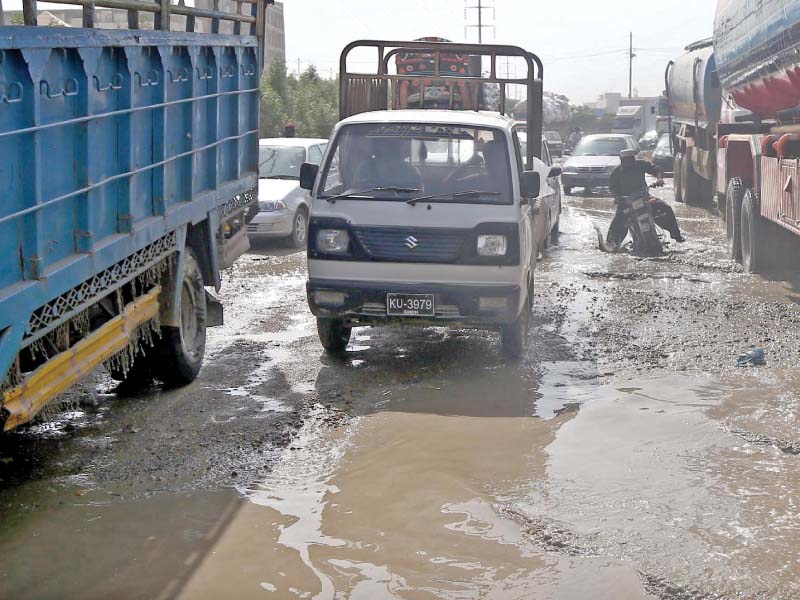 According to officials, sacks filled with waste materials, choking Karachi’s sewerage system, have been removed from many areas of the city. PHOTOS: EXPRESS / PPI

KARACHI: The cleanliness situation in Karachi has worsened after the onslaught of the monsoon season, but instead of taking charge and doing something about it, the issue has become a bone of contention between the Sindh government and the Centre.

Meanwhile, ‘na maloom afraad’ (unidentified persons) have made life a living hell for the residents of Karachi by choking the city’s sewerage system with sand-filled gunny sacks.

Last week, gutters in various parts of the city suddenly overflowed to cause disruptions and roadblocks, particularly for the peaceful Muharram procession. To look into the cause of the problem, the provincial government, with the help of civic authorities, started a cleanliness drive and found hundreds of sacks deliberately placed inside sewerage lines to block sewers.

According to officials, the sacks – filled with concrete, sand and other waste material – have been removed from many areas of the city, including Saddar, Baba-e-Urdu Road, Ranchore Line, Gulshan-e-Iqbal, Federal B Area and PECHS society, among others.

“Throughout the cleanliness drive, we found bags placed inside manholes every single day,” Sindh Information Minister Saeed Ghani told The Express Tribune. “It is extremely regrettable that a few miscreants have created problems for the residents of Karachi, especially the mourners of the Muharram procession, by blocking the sewerage lines. The practice is intolerable.”

To tackle the situation, the Sindh government has decided to track the ‘na maloom afraad’ and has instructed the police to keep an eye on their respective areas.

“If caught, immediate action will be taken against the miscreants as this is a conspiracy to defame our government,” Ghani said.

Likewise, while speaking to the media, Sindh Chief Minister Murad Ali Shah said that the suspects involved in choking manholes with gunny sacks must be arrested immediately. He added that the entire city does not fall under the domain of Sindh government or KMC, as some areas are under the control of the cantonment boards.

“We are being held responsible for piled-up solid waste even in areas which are not under our control,” he said. 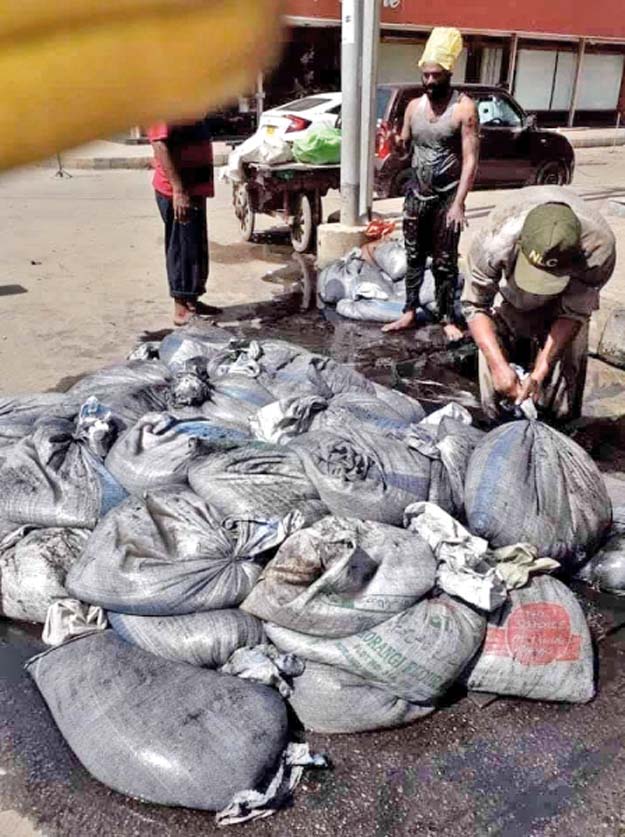 On the other hand, Mayor Wasim Akhtar denied that there was any conspiracy behind the deliberate choking of gutters in the city and blamed the Sindh government and the Sindh Solid Waste Management Board for allowing heaps of garbage to pile up in different parts of the city.

“It is the negligence of the government which has led to the situation. We, at the KMC, are helpless when it comes to power and funds,” said Akhtar.

“We, with the help of the federal government, are trying to resolve this issue. In this connection, a committee has also been formed and the prime minister has already announced a package for the city,” he added.

Ghani, however, held the PTI-led government and its coalition partner, the Muttahida Qaumi Movement-Pakistan, responsible for ruining Karachi by using the issue of garbage for political gains.

“In the last few days, various claims have been made by the [PTI] government to resolve Karachi’s problems and yet another committee had been formed,” he said, pointing out that the prime minister had earlier announced Rs200 billion for Karachi, but only Rs12 billion has been allocated in the budget presented by the federal government.

Ghani added that the citizens of Karachi have been suffering because of the Federal Minister for Maritime Affairs Ali Zaidi’s ‘Clean Karachi Campaign’, which, according to Ghani, has instigated “gutter politics” in the city.

“Instead of forming a new committee, the PM should check the outcome of the Clean Karachi Campaign, which was supposed to clean the city in merely two weeks,” he complained.

The Federal Law Minister Dr Farogh Naseem, who heads the newly-formed committee to resolve the issues of Karachi, said that political parties and different stakeholders should join hands, instead of criticising each other and fighting on civic issues of Karachi.

“In the last 11 years, no one has focused on the issues of Karachi. But now, the prime minister has formed a committee to resolve garbage and other issues,” Naseem told journalists after chairing a meeting.

Sharing details of the committee, which comprises 12 members both from PTI and MQM-P, he said that unlike the past, the committee’s efforts will not be based on an ad hoc basis.

“We are working on an emergency basis to permanently resolve the issues,” he concluded.