Trypop­hobia was first used in 2005 on Reddit and since then has become quite popula­r on social media
By Tech Desk
Published: September 12, 2019
Tweet Email 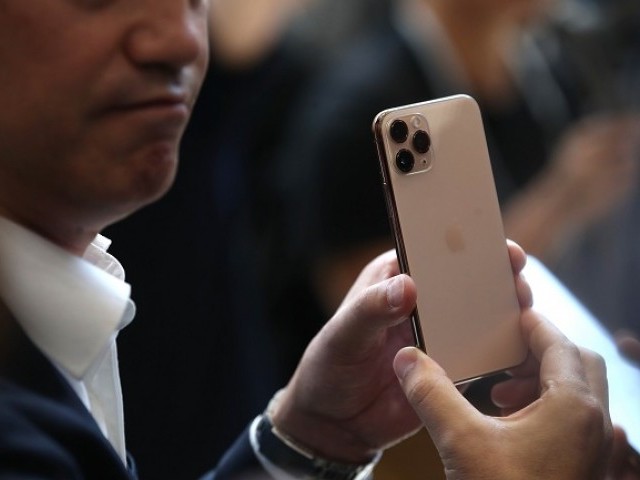 Trypophobia was first used in 2005 on Reddit and since then has become quite popular on social media. PHOTO: AFP

The launch of Apple’s new iPhone 11 Pro was without a doubt meant to gain traction but with a little bit of backlash this time. Some users have complained about the new design triggering their trypophobia which is a fear of seeing small holes.

Apple unveiled its iPhone 11 Pro that features the three rear cameras packed closely together on the back of the phone. If that was not enough, the cameras sit alongside the torch and audio zoom microphone which means more small holes clustered together.

The term trypophobia was first used in 2005 on Reddit and since then has become quite popular on social media. American star Sarah Paulson and Kendall Jenner are among those who say that they suffer from this condition.

Users took to social media to express their disappointment with Apple’s new iPhone 11 Pro and the shape the tech giant has finalised and released.

Apple did not think of us that have TRYPOPHOBIA when making the iphone 11 pro. I cant buy it and be itchy all over every damn time I look at it.

Friends with Trypophobia might find it irritating! #AppleEvent pic.twitter.com/RhlS3Ti2ew

I’ve had really bad trypophobia for years now and seeing pics of the new iPhone 11 all over my timeline makes me want to set everything on fire..stop pic.twitter.com/E1ucM9eeQy

The Trypophobia is real… pic.twitter.com/QkPfmx6Rtj

the triple-camera is not cool for my trypophobia… https://t.co/LcWIIe741J

Didn’t know #trypophobia was a thing. Thanks #iphone11. Now I’m on a mission to find all my friends who have it. pic.twitter.com/Z9UdPpEdhj

The story originally appeared on BBC.