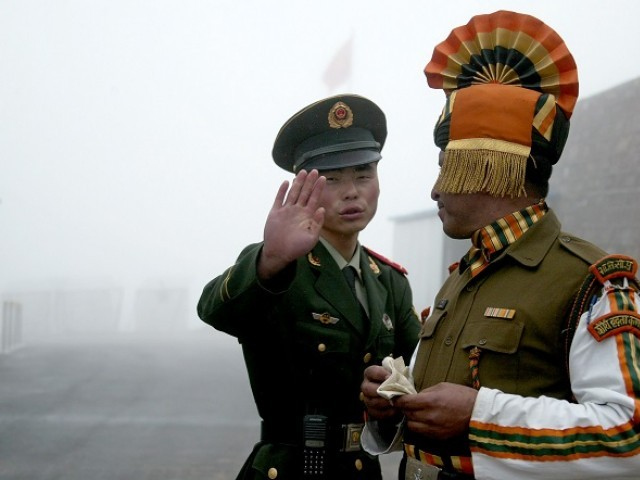 Tensions escalated on Wednesday along the disputed border between India and China – the Line of Actual Control (LAC) – as troops from the two countries clashed briefly in the region, reported Indian media.

The confrontation between the troops began near the northern bank of the Pangong Lake in Ladakh – two-thirds of which is controlled by China.

After India’s defeat in the Indo-China War of 1962, the LAC was agreed upon as a demarcation line that separated Indian-occupied territory from Chinese-controlled territory.

According to reports, tensions flared up when Indian personnel patrolling the LAC were confronted by troops of the People’s Liberation Army – resulting in both sides calling for reinforcements.

India has also planned a massive military exercise in the region along the border with China.

“Such incidents often take place due to differing perceptions of where the LAC actually lies. They are usually resolved through border personnel meetings, flag meetings and the like,” said an Indian officer.

Indian media further reported that this move comes around a month ahead of Indian Prime Minister Narendra Modi’s meeting with Chinese President Xi Jinping – the two are expected to discuss LAC stability and trade ties.

In 2017, a source in New Delhi, who had been briefed on the military situation on the border, said soldiers foiled a bid by a group of Chinese troops to enter Indian territory in Ladakh, near the Pangong lake.

Some of the Chinese soldiers carried iron rods and stones, and troops on both sides suffered minor injuries in the melee, the source said.

China’s Defence Ministry has yet to comment on the matter.

The two sides have frequently accused each other of territorial intrusions, but clashes are rare.

2,500 unaccounted for in hurricane-hit Bahamas: official