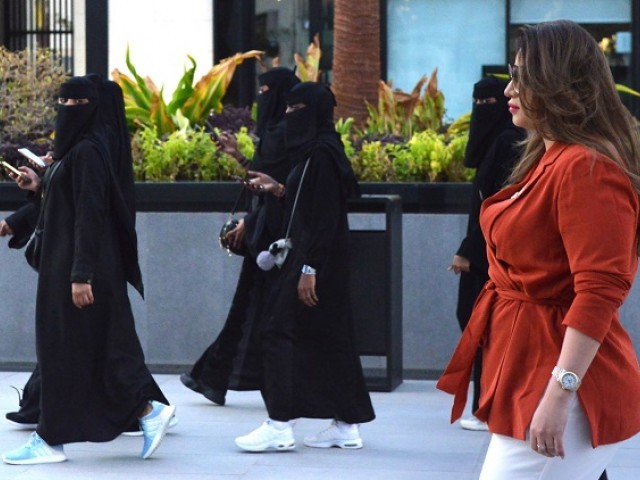 RIYADH: Her high heels clacking on marble tiles, a defiant Saudi woman turned heads and drew gasps as she strutted through a Riyadh mall – without a body-shrouding abaya.

The billowy over-garment, usually all-black, is customary public wear for women in the ultra-conservative Islamic kingdom, where it is widely seen as a symbol of piety.

Last year, de facto ruler Crown Prince Mohammed bin Salman hinted during an interview with CBS that the dress code may be relaxed, saying the robe was not mandatory in Islam.

But despite his sweeping liberalisation drive, the practice continued as no formal edict followed.

Some women subsequently mounted a rare social media protest against the restriction, posting pictures of themselves wearing the figure-concealing garment inside out.

Despite the risk of provoking arch-conservatives, many others now leave their cloaks open in the front or wear them in bright colours.

Mashael al-Jaloud has taken the cultural rebellion a step further – she stopped wearing the robe. 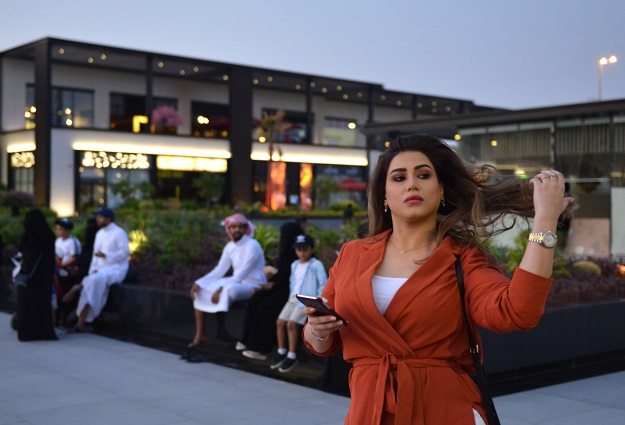 In a stunning sight, the 33-year-old human resources specialist strolled through a mall in central Riyadh last week wearing nothing but a burnt orange top over baggy trousers.

In the crowd, there were audible gasps and arched eyebrows. Women veiled head-to-toe stared askance. Some mistook her for a celebrity. “Are you famous?” asked a woman who sidled up to her.
“Are you a model?”

Jaloud laughed and said she was a normal Saudi woman. Jaloud is one of only a handful of women who have abandoned the abaya in recent months.

But the trend underscores a bold push for social liberties by young Saudis that may outstrip the monarchy’s capacity for change.

Manahel al-Otaibi, a 25-year-old activist, has also foregone the garment. 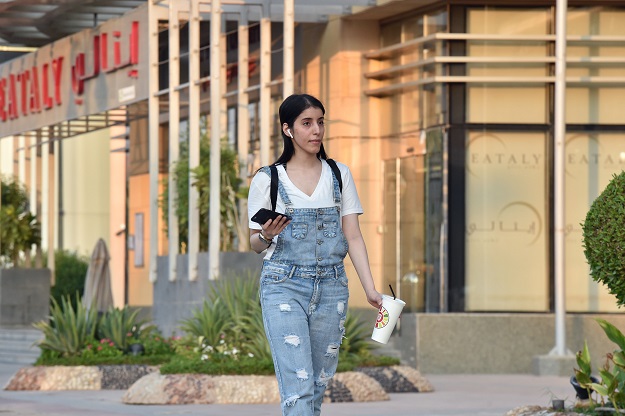 “For four months I have been living in Riyadh without an abaya,” said Otaibi, walking along Tahlia street, a restaurant-lined thoroughfare, in casual overalls. “I just want to live the way I want, freely and without restrictions. No one should force me to wear something I don’t want.”

The abaya, which has existed for thousands of years but only became obligatory in recent decades, is also mandatory for non-Muslim women in the kingdom.

The dress code was once enforced by the now-neutered religious police, and uncovered women still face random harassment in a conservative nation where attire is often associated with chastity.

“There are no clear laws, no protection. I might be at risk, might be subjected to assault from religious fanatics because I am without an abaya,” Jaloud said.

In July, she posted a video on Twitter revealing that another Riyadh mall had stopped her from entering without an abaya. She said she had tried unsuccessfully to persuade its guards by playing Prince Mohammed’s television interview, in which he said women were only expected to wear “decent, respectful clothing” – not necessarily an abaya. 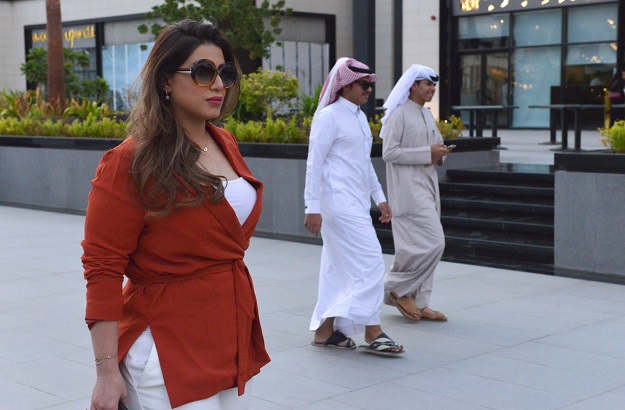 In response to her post, the mall tweeted that it would not permit entry to “violators of public morals”.

A Saudi royal also condemned her on Twitter, calling her a publicity seeker and demanding that she be punished for the “provocative” act.

Jaloud said she recently faced similar hostility at a Riyadh supermarket, where a fully veiled woman threatened to call the police. Jaloud remains defiant, but she is still forced to wear an abaya and headscarf to work or risk losing her job.

In a regulation that seems to be arbitrarily enforced, the Saudi labour ministry says on its website that working women are expected to be “modest, well-covered” and should not wear anything “transparent”.

Crown Prince Mohammed has sought to shake off his country’s ultra-conservative image by allowing cinemas, mixed-gender concerts and greater freedoms for women, including the right to drive.

As part of the liberalisation, the kingdom has invited a host of international musicians to perform, such as rapper Nicki Minaj. Minaj eventually cancelled her visit, citing the kingdom’s poor human rights record.

But the sentiment encapsulates the tussle between a mostly young population clamouring for greater freedoms and hardliners alarmed by the pace of reforms they see as unreligious.

But Jaloud argued that the abaya is “not linked to religion”.

“If it was, Saudi women wouldn’t take them off when they go outside the kingdom,” she said.