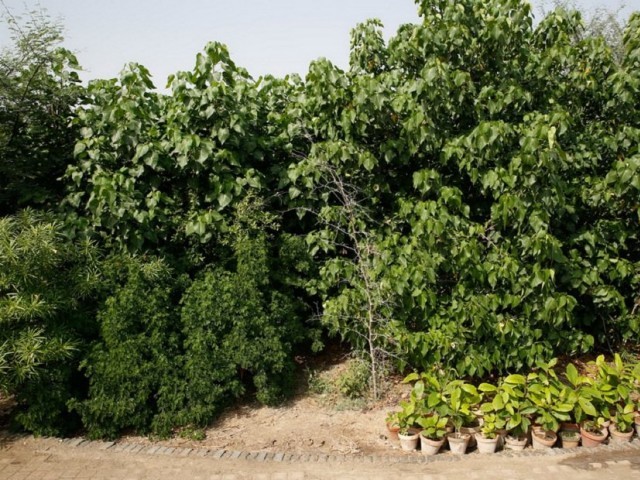 Urban forest trees are able to reach the height of around 25 feet - PHOTO COURTESY: URBAN FOREST/FILE

KARACHI: The Karachi Metropolitan Corporation (KMC) has finally taken charge of the urban forest located in Clifton. The mayor, Wasim Akhtar, is expected to visit the park today (Thursday).

On Wednesday, over a dozen KMC employees entered the park premises and started cleaning the garbage and uprooting plants without informing the caretaker, Shahzad Qureshi.

After a minor tussle between the KMC staff and Qureshi, dozens of trees were planted at the front of the park. “We have brought our own plants,” said KMC’s Deputy Director for District South, Muhammad Shahid. “We will plant more trees and teach him how an urban forest is established,” he claimed.

Later in the evening, Qureshi, along with his supporters held a protest outside the park and demanded that the KMC give the park back to him so he can materialise his idea. Qureshi claimed to have met Akhtar on Wednesday evening and said that the issues would be settled once the mayor visits the ‘forest’.