Top court to take up GIDC case on September 19

Top court to take up GIDC case on September 19

It is not yet decide­d which bench will hear the pendin­g case
By ​ Our Correspondent
Published: September 11, 2019
Tweet Email 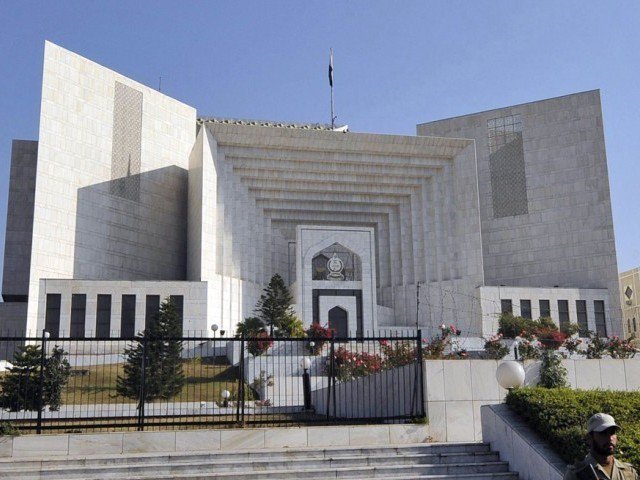 ISLAMABAD: The Supreme Court will take up the Gas Infrastructure Development Cess (GIDC) case on the next Thursday, September 19. However, it is yet to be decided which bench will hear the case, pending in the court for the last many years.

The federal government on September 5 approached the apex court through Attorney General for Pakistan (AGP) Anwar Mansoor Khan who filed a petition at the Supreme Court Registrar Office on the direction of Prime Minister Imran Khan seeking early hearing of the case.

Source said Chief Justice of Pakistan (CJP) Justice Asif Saeed Khosa decided on the government’s petition and ordered the SC office to schedule the next hearing of the case on September 19.

The government had approached the SC over the GIDC a day after it withdrew – amid harsh criticism by various circles – a presidential ordinance introduced in last days of August to waive over Rs300 billion GIDC outstanding against a handful of industries and businesses.

While withdrawing the ordinance, the prime minister had directed the AGP to move an application for an urgent hearing of the case in the Supreme Court of Pakistan, “so that the matter could be decided at the earliest in accordance with the law and the Constitution”.

A statement of the PM Office on Wednesday said the ordinance was issued with a view to recover 50% of the stuck revenue by way of an out-of-court settlement after consultation with the industry.

“However, in view of the recent controversy, the prime minister, in the interest of transparency and good governance, has decided to withdraw the ordinance,” it said.

The GIDC was levied in 2011 by then federal government by enacting the GIDC Act 2011.

Later on, the Pakistan Muslim League-Nawaz (PML-N) led government brought a new legislation on this issue in 2015. It was also challenged in the PHC and the SHC.

In 2016, the SHC while exercising civil suit jurisdiction declared the GIDC as ultra vires of the Constitution but in May 2017, the PHC held that GIDC was legal.

Meanwhile, the aggrieved companies approached the SC against the PHC order.

In August, 2017, a three-judge bench of apex court led by former chief justice Mian Saqib Nisar took up the matter wherein renowned lawyer Khalid Anwar appeared before the court. The SC granted leave to appeal against the PHC verdict.  Despite passage of two years, the matter is still pending decision.

Legal experts believe that the apex court should give final ruling in the case which is pending since long.

A senior government official said though the government has withdrawn the ordinance it would have profound repercussions on the national economy.

“If we get judgment in our favour from superior courts then there is no guarantee of the recovery of billions of rupees amount in the name of cess,” he added.

A former top law officer said the PTI led government poorly handled this issue. He said Prime Minister Imran Khan did not send a good message by withdrawing the ordinance.

“If they promulgated the ordinance then they should have stood their ground and allowed the opponents to challenge it in the superior courts,” he added.

Another former law officer said after the withdrawal of the ordinance, no one will go for out of court settlement on any matter with the incumbent government.

“If the government could not take pressure in this matter then how it will go for out of court settlement on the critical issues, in which the country is facing billions of dollars awards by international tribunals,” he said.

He lamented that companies have hired renowned lawyers to plead their case in superior courts but the government has no plan for ending this prolonged litigation on the GIDC.