How Malala hilariously compared the iPhone 11 to herself

How Malala hilariously compared the iPhone 11 to herself 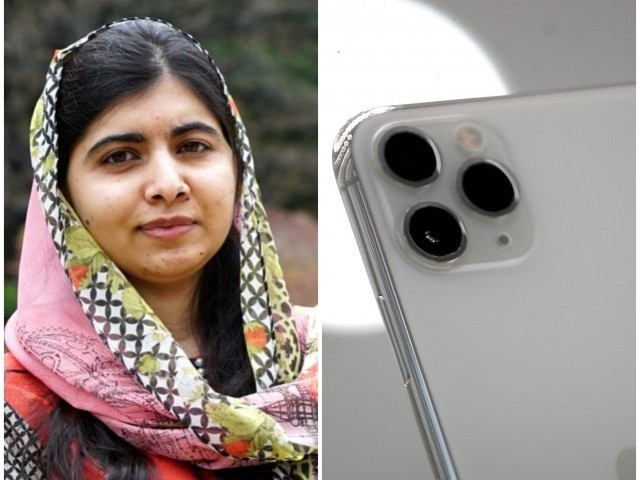 Since Apple unveiled thee first look at the iPhone 11 pro recently, Twitter has been ablaze with hilarious memes and comparisons to the new model.

Amoung the list of social media users and celebrities making fun of Apple’s new design includes none so other than Malala Yousafzai. Taking to Twitter, the humanitarian wrote, “Is it just a coincidence that I wore this dress on the same day as Apple iPhone’s 11 launch?”

Is this just a coincidence that I wore this dress on the same day as Apple iPhone 11’s launch #iPhone11 pic.twitter.com/k6s4WM4HKq

Apple revealed that its new iPhone 11 will come with two back cameras, including an ultra-wide-angle lens and the next generation of microchips, the A13, but few big apparent changes.

However, the real change that has got all of social media in fits is its three camera system on the back.

Some have compared the revolutionary look to an alien. “The iPhone 11 designer is an alien fan,” one user wrote. “Jony Ive leaves Apple for a minute and this is what they do,” another wrote, comparing the phone to an electric razor.

#AppleEvent
the IPhone 11 designer is an alien fan
pic.twitter.com/iTehEcdjkK

Jony Ive leaves Apple for a minute and this is what they do #AppleEvent #iPhone11 pic.twitter.com/cpLL8TEkMi

Some Game of Thrones fans even think the iPhone 11 is a conspiracy, comparing it to the three-eyed raven in the hit series. One fan shared, “Reincarnation at its peak,” making a subtle reference to the storyline.

Reincarnation at its peak. #AppleEvent pic.twitter.com/eMb4qvdDDI

Other users took a jab at Apple’s excessive camera additions, writing, “iPhone in a couple of years.” Another shared, “Who thought it was a good idea to make the iPhone camera go through mitosis?”

Who thought it was a good idea to make the iPhone camera go through mitosis #AppleEvent #iPhone11 pic.twitter.com/Oq7vsZJL2p

It didn’t stop there. Many Twitter users started to hilariously speculate how the three-camera concept was thought of, comparing the phone to a stove. “How did they get the idea of an iPhone 11,” one user wrote with a picture of a stove. Another included Turkish cook sensation Salt Bae.

How they get the idea of iPhone 11 #AppleEvent pic.twitter.com/IRMjVdTyqq

Meanwhile, many just think the iPhone 11 is identical to a fidget spinner.

#AppleEvent the iPhone 11 really looking like a fidget spinner pic.twitter.com/CiMR0E4AMa