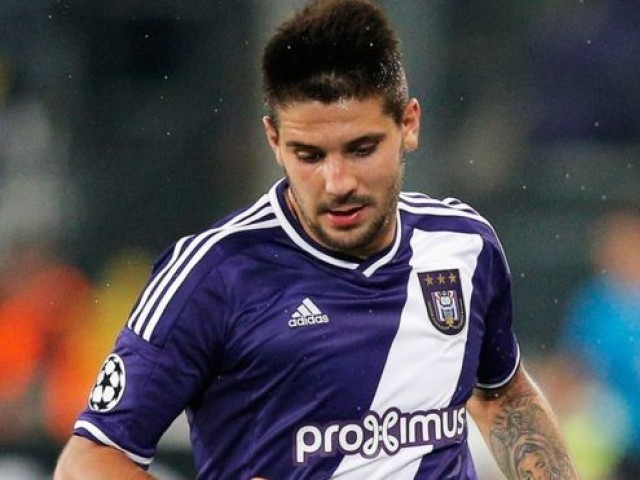 The probe, which earlier this year saw the Belgian FA headquarters searched, is looking into suspected money-laundering related to transfers including Mitrovic’s €18.5 million (13 million pound) move from Anderlecht to St James’ Park in 2015.

Under the direction of a Belgian anti-corruption judge, police and tax officials made seven raids on Tuesday and Wednesday, detaining an agent in Monaco and his assistant in the Belgian city of Liege.

The initial stage of the probe, concentrating on Mitrovic’s move, led to a series of raids in April but no arrests and investigators are now focusing on agent Christophe Henrotay.

Henrotay is the man who was held in Monaco in the latest round of raids. A source close to the inquiry told AFP he is suspected of taking illegal kickbacks in connection with another transfer.

He is one of the top football agents in Belgium, with clients including Real Madrid goalkeeper Thibaut Courtois and Belgian national team winger Yannick Carrasco.

“The facts involve notably money-laundering operations and private corruption in the context of football player transfers,” the prosecutor’s office said in a statement.

“This second wave of raids follows the first operation which took place in April at the headquarters of RSC Anderlecht football club and the Belgian Football Union.”

Four of this week’s raids were in Monaco, two in Belgium and one in London, with the cooperation of the Metropolitan Police and British customs and revenue officers.

The inquiry is separate from Belgium’s so-called “footballgate” scandal, which has resulted in 20 suspects being charged since October 2018, including agents, referees and club officials, in a vast investigation into fraud and match-fixing.

Mitrovic, whose committed, physical style of play won him something of a cult following among Newcastle fans, spent three seasons at the club before moving to Fulham in 2018.

His transfer from Anderlecht — Belgium’s most successful club — involved the agents Pini Zahavi and Fali Ramadani, the Derniere Heure newspaper reported at the time of the initial raids in April.

Prosecutors have not publicly named anyone connected with the probe, but a judicial source confirmed to AFP in April that the Mitrovic transfer was part of the investigation.

The earlier raids saw officers search the Anderlecht training centre as well as the Belgian FA headquarters and the offices of One Goal Management company which specialises in transfers.

The criminal probe adds to Anderlecht’s woes on the pitch, where the 34-time Belgian champions are languishing a lowly 13th in the league with just a single win in their first six games this season.