Busine­ss Secret­ary Andrea Leadso­m says the change aims to attrac­t the bright­est and the best from around the world
By AFP
Published: September 11, 2019
Tweet Email 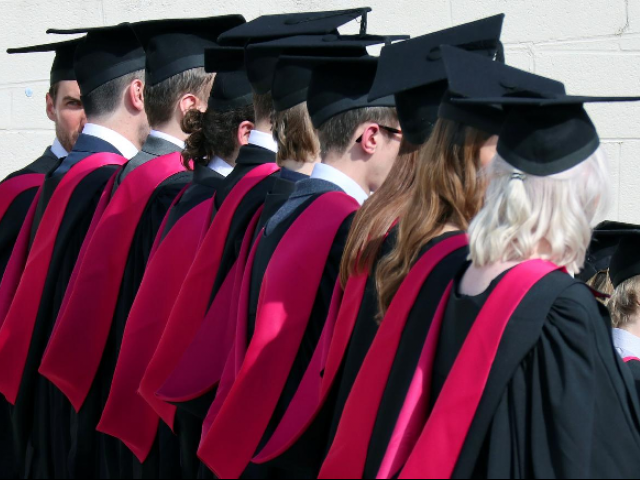 LONDON: Britain’s government on Wednesday announced new post-Brexit immigration plans that will allow international students to work in the country for two years after graduating.

Business Secretary Andrea Leadsom said the change was aimed at attracting the “brightest and the best from around the world” and a sign of “the UK’s ambition once we have left the European Union (EU)”.

“Instead of being open to free movement from just the EU, the United Kingdom will be able to take advantage of a global talent pool… and that’s something that’s a great advantage for us,” she told BBC radio.

Leadsom said the government wanted to increase the number of international students in Britain 30 per cent to 600,000 by 2030, with an emphasis on science, technology, engineering and maths, collectively known as STEM subjects.

International students currently make up half of all full-time post-graduate STEM students in the country.

They can currently remain in Britain for up to four months after completing their studies, with the new rules now set to come into effect for those starting courses next year.

“Giving them that two-year period will enable them to find a job that befits their degree,” Leadsom added.

“There are so many new skills and new industries that are just now emerging, and we do want to be able to attract a global talent pool of people.”

Students will need to have successfully completed a degree from a “trusted” British university or higher education provider which “has a proven track record in upholding immigration checks and other rules,” according to the government.

Alp Mehmet, chairperson of Migration Watch UK, which campaigns to reduce immigration levels, said it was an “unwise” and “retrograde” step which would “likely lead to foreign graduates staying on to stack shelves, as happened before”.

“Our universities are attracting a record number of overseas students so there is no need to devalue a study visa by turning it into a backdoor route for working here,” he added.