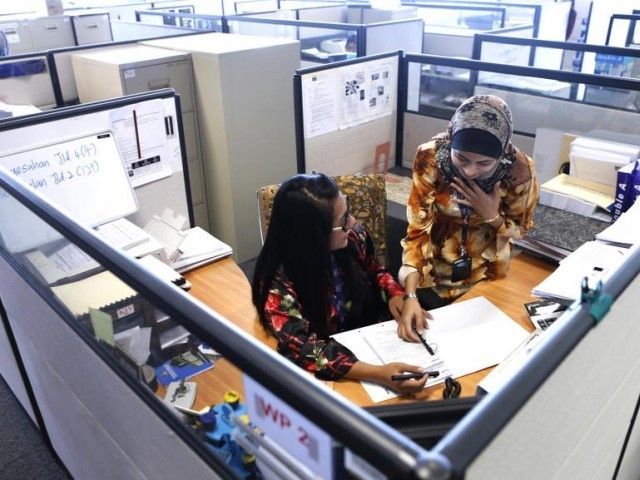 Women are landing more full-time jobs, bringing in bigger paychecks and rising out of poverty, according to US Census data released on Tuesday.

Strong economic gains for female workers were a bright spot in a report that also showed the number of Americans without health insurance rose for the first time in a decade. The Census figures also showed household income barely budged in 2018 from the previous year.

Income figures show working women earning more money than they did during the boom years before the 2008 financial crisis, surpassing the gains for men.

Women, however, were still earning substantially less than their male peers. Median earnings for women working full-time amounted to 82 per cent of the median earnings for men, reflecting a gender pay gap that was essentially unchanged in 2018 from 2017.

The Census findings also echoed a trend highlighted in the August monthly jobs report, which found that more women are either working or looking for jobs, shrinking the gender gap in the labor participation rate to the lowest level on record.