'Baldev Kumar is living in India along with three of his family member­s'
By Umer Farooq
Published: September 10, 2019
Tweet Email 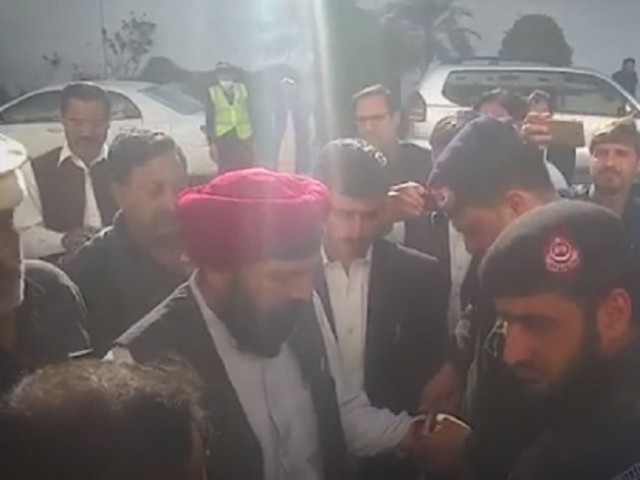 PESHAWAR: Former Pakistan Tehreek-e-Insaf (PTI) lawmaker Baldev Kumar, who according to sources is residing in India along with his immediate family members, has sought political asylum from New Delhi, The Express Tribune has learnt.

The K-P leader was elected in K-P assembly on a seat reserved for minorities.

He was arrested in the murder case of party leader Soran Singh, who was killed on April 22, 2016 in Buner district.

However, an Anti-Terrorism Court acquitted him over benefit of doubt last year.

Kumar’s family includes his 15-year old son, an 11-year old daughter, and his wife, all of whom had left for India in January of 2019, according to insiders.

One of Kumar’s cousins confirmed he was staying in India, adding that he left soon after his bail was approved eight months ago.

‘Plot to divert attention from Kashmir’

Kumar, Ajmal Wazir claimed, was the man behind Singh’s murder.

“Prime Minister Imran Khan has been fighting for minority rights,” he told the media.

The butcher of Gujarat [referring to the Indian premier Narendra Modi] has always sheltered killers, he said.

Sikh and Hindus, Wazir said, besides all other minorities, were following their religious practices without any hindrances.

Wazir said Kumar’s allegations regarding maltreatment of minorities in Pakistan were false, terming them a plot to divert international attention from IOK.