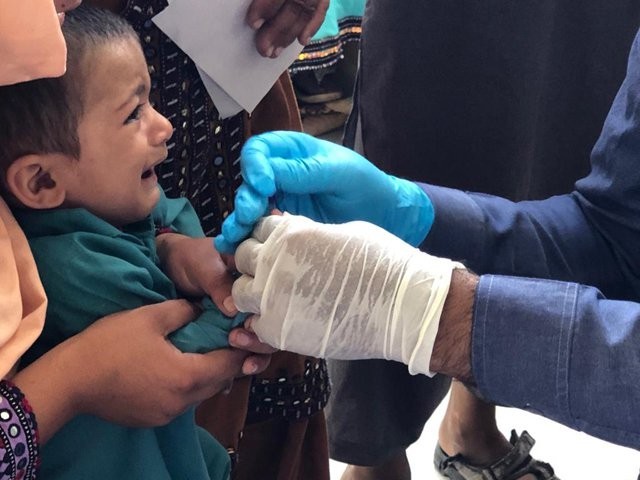 KARACHI: Pakistan recorded a 13% increase in the number of HIV infection cases, a trend that contrasts with the general decline across the world.
A report published by the United Nations revealed that new cases of HIV have increased at their fastest rate, with a dramatic surge among transgender individuals and sex workers.

While HIV cases are on the rise in Pakistan, the world witnessed a 33% decline in the number of deaths from the infection.
The virus that targets the human immune system may have dropped from the headlines since it became a treatable disease, but it continues to haunt millions across the world.

According to the report, globally, 37.9 million people are infected with HIV out of which 13.3 million have access to antiretroviral therapy, which is used to treat the infectious disease.  The epidemic continues to ravage Africa: About 26 million people on the continent have HIV, of whom just 16.5 million receive drug therapy.

In other parts of the developing world, the situation is somewhat grim too. More than 5.9 million people suffer from the disease in Asia alone.  Out of the total infected patients, only 3.2 million have access to treatment.

According to statistics gathered by the UN and the World Health Organization, since 1985, a total of 25 million people lost the battle against HIV globally.  In 2005, more than 570,000 children died due to the infection. A total of 3 million people died of the disease that year.

According to the statistics issued by the National Aids Control Program, more than 5,000 people tested HIV positive as a result of sharing infected needles across Pakistan.

The country was stunned by the outbreak of HIV in Larkana earlier this year.  Over 800 young people between the ages of 10 and 19 tested positive, exposing the failures of the state healthcare system.

Pakistan’s first HIV case surfaced 34 years ago in 1985. Since then, the country has witnessed a dangerous surge in the number of infected patients, partly because of the lack of a coherent national policy to prevent the disease from spreading.

According to experts, the number of HIV cases increased in the country due to the use of infected needles, blades, and unprotected sex.

Those who fear ‘failure or criticism’ can’t achieve anything in life, PM advises youth