WATCH: Saudi Arabia on the hunt for anonymous ‘helmet musician’

WATCH: Saudi Arabia on the hunt for anonymous ‘helmet musician’

The post goes viral after hundre­ds of Saudis share the video asking if anyone knows the violin­ist behind the helmet­
By News Desk
Published: September 9, 2019
Tweet Email 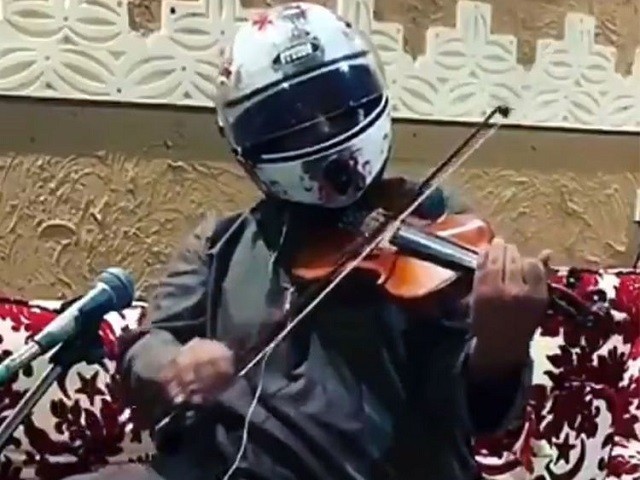 The virtuoso is praised and lauded by millions of people on social media. PHOTO: SCREEN GRAB

Saudi Arabia is on the chase for anonymous musician after a video of him wearing helmet and playing violin made rounds on social media.

According to Gulf News, Saudi official Turki Al Shaikh posted a video of a Saudi man wearing a helmet and playing violin on his Twitter account. He captioned it: ‘Wanted for Riyadh season.’

The post went viral after thousands of Saudis shared the video asking if anyone knows the anonymous violinist behind the helmet.

Turki, who is the chairman of the general authority for entertainment, not only appreciated his skill but also asked him to come forward and join Riyadh season, a festival that will run from October 15 till December 15.

In the shared video, the musician who is seen wearing a helmet to hide his identity, first produces the sound of a motorcycle through violin chords and then skillfully plays his musical piece.

The virtuoso is praised and lauded by millions of people on social media.