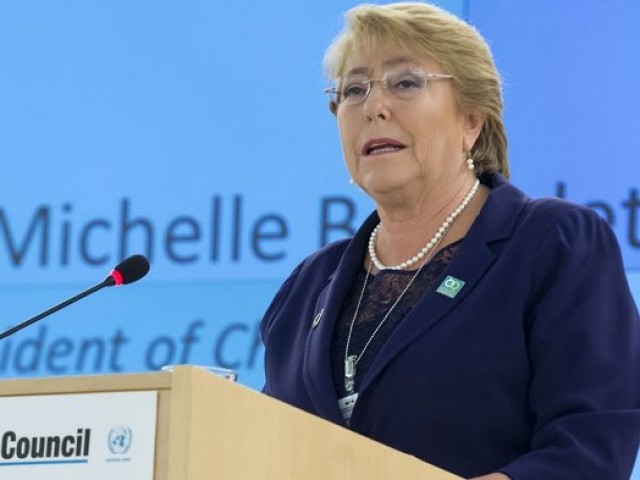 In her opening statement ahead of the 42nd Session of the Human Rights Council, the UN rights chief said she was “deeply concerned about the impact of recent actions by the Government of India on the human rights of Kashmiris”.

“I am deeply concerned about the impact of recent actions by the Government of India on the human rights of Kashmiris, including restrictions on internet communications and peaceful assembly, and the detention of local political leaders and activists,” she said.

Bachelet said she had “appealed particularly to India to ease the current lockdowns or curfews; to ensure people’s access to basic services; and that all due process rights are respected for those who have been detained.”

She also stressed the need to include the people of Kashmir in “any decision-making processes that have an impact on their future”.

The high commissioner also spoke about the National Register of Citizens (NRC) verification process taking place in the northeast Indian state of Assam.

“The recent National Register of Citizens verification process in the northeast Indian state of Assam has caused great uncertainty and anxiety, with some 1.9 million people excluded from the final list published on 31 August,” said Bachelet.

“I appeal to the [Indian] Government to ensure due process during the appeals process, prevent deportation or detention, and ensure people are protected from statelessness.”

In a statement issued on Monday, Pakistan’s Foreign Office hailed Bachelet remarks on the humanitarian crisis in IOK.

My comments regarding remarks made today at 42nd Session of the Human Rights Council in Geneva by UN High Commissioner for Human Rights @mbachelet regarding the deteriorating situation in IOJ&K.#KashmirBleeds #KashmirStillUnderCurfew #LetKashmirSpeak pic.twitter.com/jYcjvdqzmS

FO Spokesperson Dr Muhammad Faisal underlined that her concerns and calls are consistent with the position taken by the UN system vis-à-vis the human rights situation in IOK, including the continuing restrictions and crackdown on fundamental rights and freedoms of the Kashmiri people.