In K-P, better control on sale of pesticides sought

In K-P, better control on sale of pesticides sought 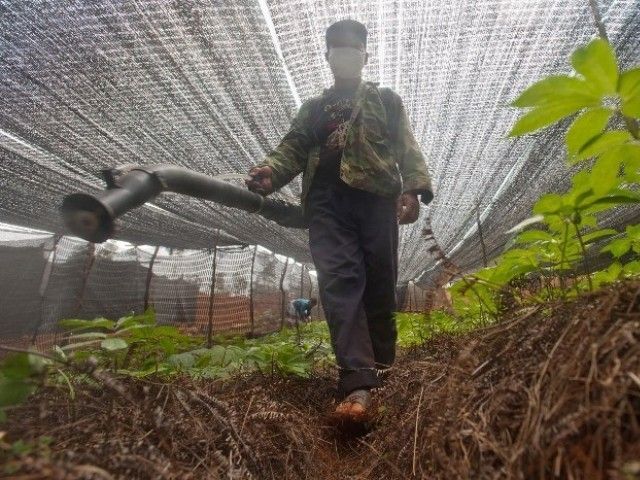 PESHAWAR: The open and unchecked sale of pesticides in the provincial capital has been blamed for the death of youngsters in the province after a 25-year-old man consumed poisonous tablets to commit suicide on Sunday.

Sikander, a resident of the provincial capital Peshawar, was rushed to the Lady Reading Hospital (LRH) on Sunday after he was believed to have consumed pesticide. However, he succumbed to the poison whilst receiving treatment. Doctors confirmed that the youngster died from consuming the poisonous tablets. His parents said that the tablets are openly sold in the local market.

Medical staffers at the hospital told The Express Tribune that it is difficult to save the life of someone who has consumed poison, adding that they could attempt to flush the stomach of the toxins to give the patient a chance but it does not always work and it depends on the time between taking the tablets and getting the stomach pumped and also on the type of poison and how quickly it acts on the body.

A human can lose their life within half an hour, the medical practitioners said.

Another doctor stated that the toxin ingested by Sikander was Aluminum Phosphide which is quite lethal for humans, causing death within a few hours of consuming them.

The markets in Hashtnaghri, Ghur Mandi, Bacha Khan Square, Dalazak road sell pesticides and Sikandar’s parents believe that anyone can easily purchase these items and use them to end their lives.

They demanded the provincial government place a ban on the open sale of toxic tablets, adding that stringent policies must be put in place for selling such substances.