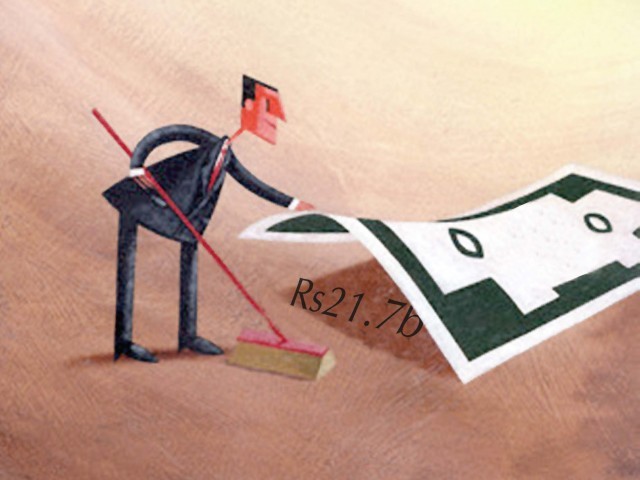 At a time when Pakistan is unable to meet its tax collection targets, one can only wonder why the government is showing so much patience with traders who refuse to be part of the formal economy. What is about the traders that even the strongest of governments is unable to implement the most basic of systems that should be prevailing in any modern society.

Ability-to-pay taxation is a progressive taxation principle that maintains that taxes should be levied according to a taxpayer’s ability to pay. This progressive taxation approach places an increased tax burden on individuals, partnerships, companies, corporations, trusts, and certain estates with higher incomes.

Through budget 2019-20, the government made it legally binding for industrialists to seek the Computerized National Identity Card (CNIC) from wholesalers and distributors on sales of over Rs50,000. The move has pitched traders and small shopkeepers against the government. The traders neither want to get income tax registration nor the sales tax registration – the two measures that are very critical for documentation of the economy.

The share of the wholesale and retail services in total national output is 18% but their share in tax collection is a measly 0.88%. Tax officials say that the manufacturers were also understating their cost of sales by showing them as margins of distributors.  The level of evasion is mind boggling. The only solution to this problem is to register all the retailers, wholesale dealers and distributors in the income tax and sale tax regimes. But why the reluctance to this?

How long will the salaried class continue to bear the tax burden while the traders and business-persons evade the most basic of taxes with the connivance of tax officials who take money in order to keep these thieves from paying what is due to them. It is this non-paying class, self-exempted from many taxes, that creates distortions in our society because of the disposable income it manages to stash.

No system can run like this – and who better to know this than Shabbar Zaidi, the current chairman of the Federal Board of Revenue. One visit to any shop in any major city will show how much is being evaded – what imported goods have arrived without paying import duties and what is being sold without proper receipts.

Why stop there? Restaurants, clinics, realtors, beauty parlours, most of the small businesses do not pay any tax on their incomes. All they do is pay the tax collector. But how long can we live with this system? The latest we have heard is that the talks between the FBR and traders have collapsed after the traders once again refused to become part of the formal economy.

Local media reported that the traders threatened to use their street power if the government did not show flexibility, which according to them had made the then military leader General Pervaiz Musharraf give in.  Musharraf had started a country-wide registration campaign in early 2000 but had to retreat after a nationwide shutter down strike.

In August this year, the FBR unveiled a draft of a simplified income tax regime for small shopkeepers. But the retailers had their reservations against the draft too, as they did not want to be a part of the formal regime without guarantees. The FBR has defined a small shopkeeper as an individual who carries out business at a premises having covered area of less than 300 square feet but does not include a shopkeeper if engaged as a jeweller, wholesaler, warehouse owner, real estate agent, builder and developer, doctor, lawyer, chartered accountant or any other category specified by the FBR.

The FBR proposed that the small shopkeeper will pay only 2% of turnover as tax rate or fixed from Rs20,000 to Rs40,000 income tax, whichever is higher. The fixed tax rate will depend on the size and location of the shop.

Possibly the government is afraid that shopkeepers will help the opposition with their protests. But how long can this group blackmail the country into evading what is due to them? Not only should the FBR be given a free hand to go after these evaders but should also ensure that those officials within its ranks who are facilitating such practices have to be taken to task as well. Only then can we expect things to improve in Pakistan.