'Easier to attack Pakistan in films than in real life'

'Easier to attack Pakistan in films than in real life'

Fayyaz Chohan says India’s moon missio­n failed and they had alread­y made a movie about its succes­s
By ​ Our Correspondent
Published: September 8, 2019
Tweet Email 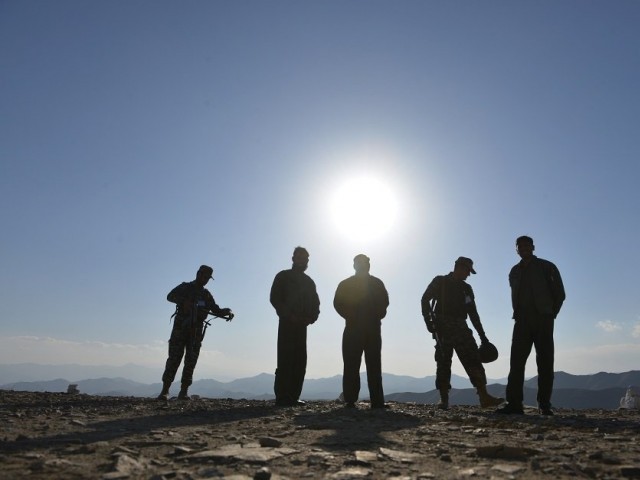 RAWALPINDI: Punjab Minister for Colonies Fayyaz Chohan has said that India should remember it was easier to attack Pakistan in movies than in real life.

Talking to the media he said if India attempted any misadventure, its aircrafts would be destroyed and its pilots would be captured like Pakistan did on February 27.

Chohan said September 7 holds a special significance in our history and the whole nation salutes the worthy Shaheens of Air Force.

He said this day reminded us of the bravery and courage of Shaheens of Air Force who with their spirit of belief made the enemy run away.

India will fail in Kashmir, just like it did in moon landing attempt: Fawad

Chohan informed that in view of India’s continuing oppression of the people in occupied Kashmir, Pakistan had refused a request of India to allow its president to use Pakistani airspace for his flight to Iceland.

He said this decision was taken in view of India’s behavior for imposing crippling curfew in occupied Kashmir from the last 34 days, adding Pakistan had already suspended its trade relations with India.

Expressing complete solidarity with the Kashmiri brethren, he said Indian actions in Occupied Kashmir had endangered the peace of the whole region.

He said that India’s moon mission failed for second time and they had already made a movie regarding its success before even accomplishing the mission.

He expressed that India was committing brutal atrocities in Kashmir and asserted that the occupied land would prove to be Chandrayaan III for India.

He said that India captured two Pakistani farmers who had mistakenly trespassed the border while cutting grass and India started propaganda that Pakistani spies had been caught. He condemned it and said that clique of four people were fooling whole India.

“Pakistan is a responsible country and did not break any international law,” he said and added that Pakistan’s nuclear technology was in the safest hands.

Chohan said that India purchased salt from Pakistan and earned huge revenues by exporting items made from it, adding the government had completely cut-off trade ties and it would not happen further.

He said 40 percent of Majalis in Punjab had occurred successfully as per government’s directions while security measures for central processions on Muharram 7 had been completed.