A dreamer, a fighter, a leader - Ali Yavar passes away

A dreamer, a fighter, a leader - Ali Yavar passes away

Ali Yavar was a commit­ted Marxis­t, fighti­ng for the rights of the depriv­ed and poor
By Abu Ayesha
Published: September 7, 2019
Tweet Email 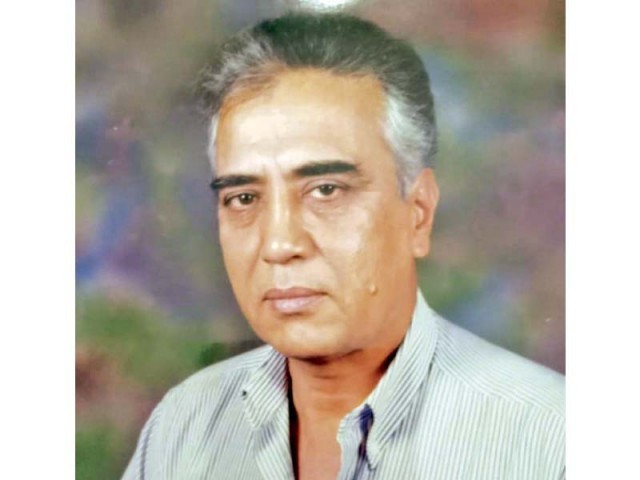 KARACHI: Ali Yavar, former student leader and president of the National Students Federation (NSF), passed away on Thursday after a brief illness. He was 74 years old at the time of his death.

Yavar was brought to Ziauddin Hospital in Clifton on Wednesday morning in critical condition and immediately put on life support.

He breathed his last at around 6 pm on Thursday evening.

Yavar led a very active life during his student days at the Government College Nazimabad in the 1960s. He became president of the students union in hotly contested elections that turned out to be an ideological war between the NSF and Islami Jamiat Talaba. He later played an important role in planning and organising the students’ movement under the leadership of Mairaj Mohammad Khan and Rasheed Hasan Khan.

He was one of the few leaders of the NSF, who opposed Pakistan Communist Party’s (CP) decision for the NSF to extend support to Zulfikar Ali Bhutto and rehabilitate him politically after he was thrown out by Ayub Khan. Ali Yavar would not buy the argument that Bhutto’s empowerment would help achieve the ideals the CP and NSF stood for. Ali Yavar had an altogether contrary opinion and feared that ZAB would only exploit the students’ power to his advantage. And history proved that Ali Yavar was right.

He succeeded Rasheed Hasan Khan as president of the NSF, which had already been divided between pro-Beijing and pro-Moscow groups, following a schism in the communist bloc. He was, along with his comrades, incarcerated twice for his alleged ‘anti-sate activities’ and for being a threat to ‘public peace.’

When arrested for the first time in January 1970 along with his colleagues in NSP and CP, Yavar was interned in the notorious Machh jail of Balochistan for almost a year. He also played an active role in organising students’ unions, the labour movement and fought for the rights of peasants in rural Sindh, especially after he took over control of the CP.

Ali Yavar was one of the founding members of the Irtiqa Institute of Social Sciences – a leftist organisation that works for organising and arranging debates, seminars, workshops and conferences on issues of public importance and also publishes a quarterly research journal in Urdu.

Ali Yavar was a committed communist, driven by an ideological frenzy and never tired of dreaming about a classless society, free from all kinds of exploitation.

During his twilight years, Ali Yavar developed Parkinson’ disease, which restricted his movement and mobility. Besides, the degeneration in the political and socio-cultural landscape and the continuous exploitation of the common man by the corporate sector had dampened his spirits and had left him disillusioned.

Ali Yavar leaves behind a widow, one daughter and four sons. His funeral prayers will be offered today (Saturday, September 7) after Zuhr prayers at Imambargh Yasrib in DHA Phase IV. He will be laid to rest in his ancestral graveyard of Alibagh in Lyari.