He says no power in the world can depriv­e the people of their right to self-determ­inatio­n
By News Desk
Published: September 6, 2019
Tweet Email 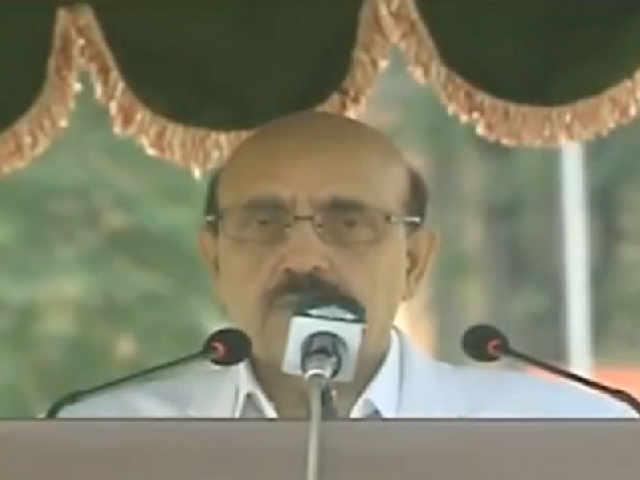 Addressing a ceremony on Defence and Martyrs Day in Muzaffarabad, Khan stated that the peace and security of the entire region are threatened by India’s illegal Kashmir move and added that the UNSC should end the misery faced by the Kashmiris.

The premier reiterated that the people of the occupied valley are not alone, stating that Pakistan and Kashmir stand with them.

President Masood also made it clear that no power in the world can deprive the people of their right to self-determination.

He also reminded the people that India has been busy in the systematic genocide of Kashmiri people for the last seven decades.

In August, President Masood has said that various segments of society, particularly the lawyers’ community and the media, will have to play an active role in promoting national harmony and thwart India’s heinous designs.

“The lawyers’ community, through resolutions in their meetings and using the power of media, can convey the voice of oppressed Kashmiri people to the international community, particularly big powers,” he added.