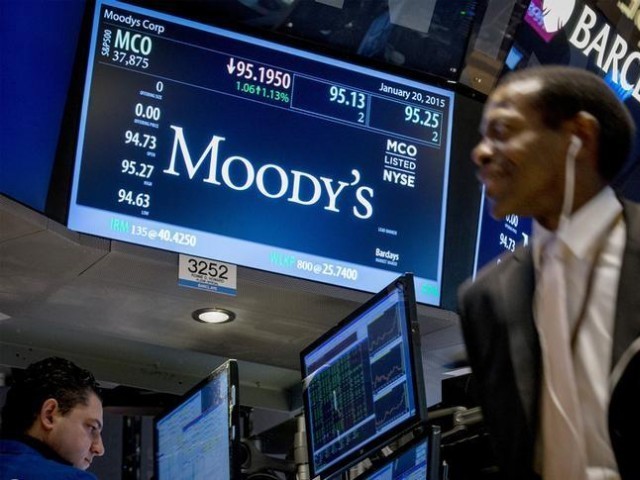 “The country has high susceptibility to event risk driven by heightened external vulnerability as external pressures continue to weigh on the country’s foreign-exchange reserve adequacy, while political and government liquidity risks remain elevated in Pakistan,” the document stated.

Moody’s Investors Service reviews its ratings periodically in accordance with regulations – either annually or, in the case of governments and certain EU-based supranational organisations, semi-annually. These are conducted through portfolio reviews in which Moody’s reassesses the appropriateness of each outstanding rating in the context of the relevant principal methodology (ies), recent developments, and a comparison of the financial and operating profile to similarly rated peers.

This development comes as no surprise as Pakistan’s economy is continually taking a beating, which is evident in the deteriorating key macroeconomic indicators and our weak fiscal position.

The constant depreciation in currency has badly impacted businesses and dented investor confidence. The rupee lost 32% to 160.05 to the US dollar in the past fiscal year ended June 30, 2019 and foreign direct investment (FDI) fared no better. The FDI plunged to a nine-month low at $73.4 million in July, which was 59% lower than the previous year.

Moody’s did not announce any credit rating for the country. The agency had maintained ‘B3 negative’ credit rating for Pakistan due to heightened external vulnerability risk. However, earlier, it had hinted at a further downgrade if the country’s external position continued to weaken and erosion of foreign exchange reserves.

In its review, the ratings agency stated that the credit profile of Pakistan (issuer rating B3) reflects the country’s moderate economic strength, which is underpinned by the relatively robust GDP growth potential and large scale of the economy, limited by very low per capita incomes and global competitiveness.

The review marked the country’s institutional strength as very low, taking into account very weak scores in the Worldwide Governance Indicators. The World Bank Worldwide Governance Indicators (WGI) provides a ranking of 215 countries and territories based on six dimensions of governance; voice and accountability, political stability and absence of violence, government effectiveness, regulatory quality, rule of law, and control of corruption. According to data from 2017, Pakistan has shown improvement on all six fronts; however, in terms of regional competitiveness it lags far behind its South Asian peers.

On the other hand, the document stated that greater central bank autonomy has increased monetary policy effectiveness.