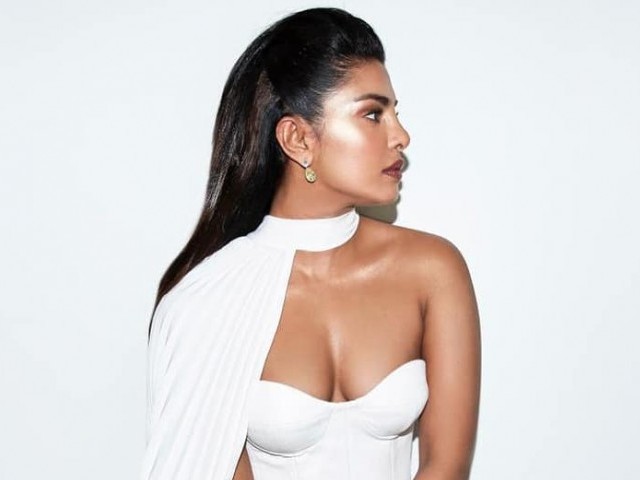 The video of Pakistani-American blogger Ayesha Malik calling out Priyanka Chopra for her warmongering tweets at the recent Beautycon in Los Angeles last month has done several rounds on social media by now.

Malik had her mic taken away from her whilst she questioned the Bollywood starlet at the event. Instead of letting her speak, Chopra called Malik’s questions a ‘rant,’ saying that the latter was screaming at and attacking her.

The response to Malik’s question disappointed even the biggest Priyanka Chopra fans in Pakistan, many of whom even signed a petition to have her removed from her position as a UNICEF Peace Ambassador.

But now, Malik has dug up a video of Chopra from about a year ago wherein she is talking about the importance of educating women. The actor can be seen saying that her place of privilege does not hinder her from paying for the education of her domestic worker’s daughter.

I totally agree with you. Now let them speak truth to power without snatching the mic away from them. https://t.co/CrZfsfREft

“As entertainers and influencers sitting in this room, I feel that it is our responsibility to be a voice for the voiceless. I applaud every woman in this room for using your platform and your voice to contribute to change and for ensuring that there is not even one lost generation as long as we are alive,” she says in the video.

Malik has shared the video with a tweet along saying, “I totally agree with you. Now let them speak the truth to empower, without snatching the mic away from them.”

Of course, many Twitter users chimed in. Some commented how Chopra was not thinking about Pakistani girls when she said that ‘girls have the power to change the world’ and when she outright denied Malik her right to speak up.

To think I used to like priyanka ugh. "Girls have the power to change the world" yet you embarrass and humiliate them when they speak up on matters that need to be talked about (kashmir). Its nothing but disgusting and hypocritical.

Some jokingly pointed out how the anti-Chopra campaign going on social media is lasting as long as her wedding events did back in December.

Priyanka's cancellation is lasting as long as her wedding.

Moreover, others said that once girls do learn to read and write like Chopra wants them to, they will firstly write a letter to her and question her take on humanity, patriotism, venting and having ‘a middle ground when it comes to war.’

@priyankachopra if those number of girls learn how to read and write. Im sure they will write you letter asking about humanity, patriotism and venting :)@priyankachopra not to be rude but stop talking about 'women'. Talk only about your circle. Or next time exclude us :))

Nevertheless, Malik’s determination to revive the matter until further actions are taken continues to gain support from across the world.