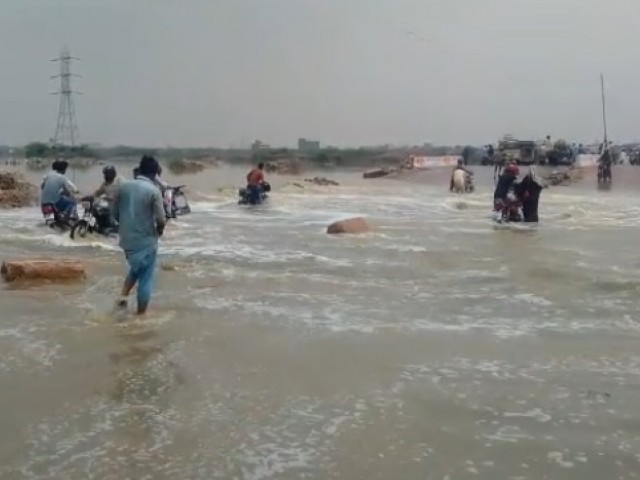 KARACHI: The rain woes for Karachi intensified on Monday when the Korangi Causeway flooded with rainwater.

Traffic was suspended along Korangi Crossing and citizens were directed to use alternate routes including the Jam Sadiq bridge.

At least 40 milimetres of rainfall was recorded in the port city as an unpredictable spell of rain lashed various areas Sunday afternoon. Surjani Town, which was already submerged after the last two spells of monsoon rain, received about 40mm of rain.

The Pakistan Meteorological Department (PMD) has forecast heavy to moderate showers for Monday as well.

“It was an expected system that formed near Karachi,” said PMD Sindh’s Regional Director Shahid Abbas. He said that the system would remain above the city until late evening on Monday. “We can expect at least 30mm rain today.”

Abbas added that the Met Office was unable to detect rains in the city and its adjacent areas. “But now, we can say that more rain is coming to Karachi till this system dissipates from the region.”