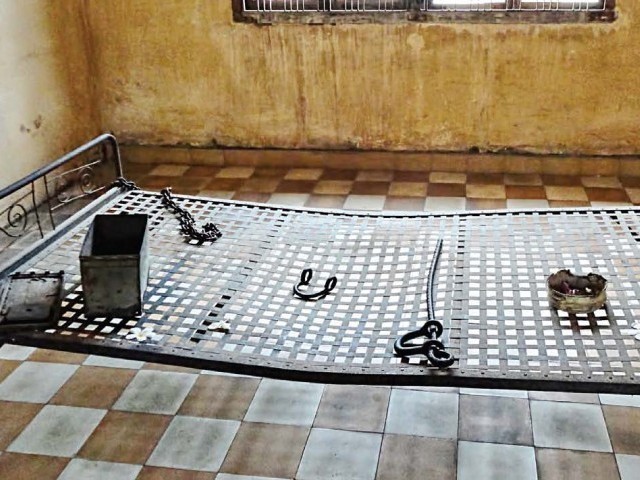 LAHORE: Any substantial development in investigations regarding the unearthing of another illegal private torture cell being run by Station House Officer (SHO) Gujjarpura Raza Jaffery and his aides was yet to be made public.

The cell was set up at Karol Ghati area in the office of the forest department. At least 10 victims were recovered with severe torture marks on their bodies.

One victim identified as Amjad was tortured so severely that a number of his bones got fractured. The victim was tied to a bed and tortured. Other victims included students, shopkeepers and workers.

All the victims alleged in a video statement that police had been torturing them but never mentioned what was their offence and why they were being tortured.

They also alleged that the police had also looted their money and valuables from them during their detention.

About a week has passed and no update about the details of the case has been made public.

The victims who were prime-evidence as well as witnesses to this horrible crime being committed under the guise of uniform and law all of a sudden disappeared. The inquiry officer has yet to share with the public who these people were and why police had allegedly picked them up.

Punjab Police need also to share the background and context of the story. The stance of the suspended SHO and other police officials and forest department were also yet to be known.

What raises serious eyebrows about the case is that though the officers involved prima facie were suspended, no case against this gross abuse of power was registered.

Though police officers on record condemned the practice majority of them admitted the use of severe torture for ‘investigation purposes’ as a norm as well as a necessity in the police. So, when officials involved in such a heinous misuse and abuse of authority go scot-free, it shows a subtle complacency at a higher level in the department.

This was just one torture cell that was unearthed, said a police officer. He said dozens of other such cells were being run by the police. Earlier such investigation methods were performed openly in police stations. However, since the scope and access to social and electronic media became public, the investigation cells had to be moved to private places. Now the efforts were made to keep the investigations practices secret.

Another officer said since the investigation’s methods and capacity of the Punjab Police were not as advanced and resourceful as police in the developed world, they were left with no other option but to seek the help of such raw methods.